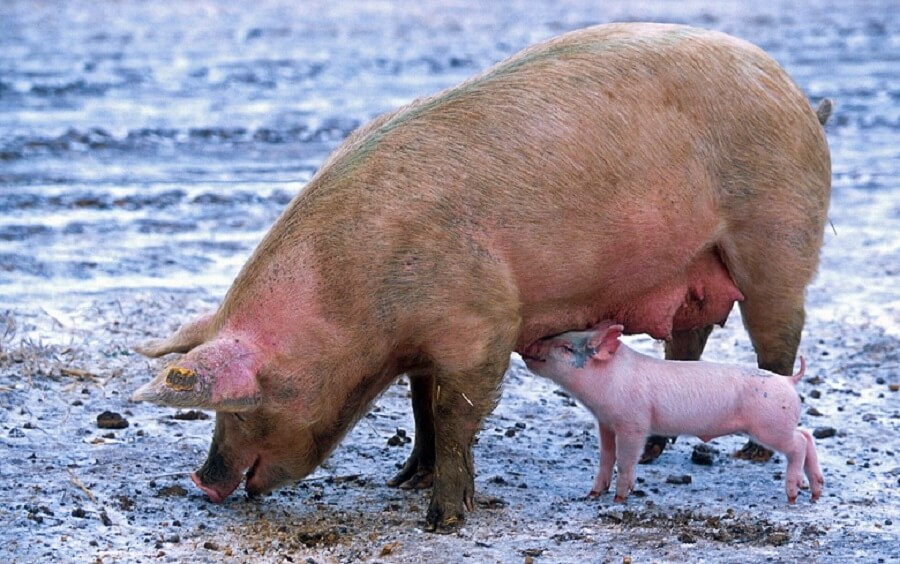 The other day I ran across an interesting statement. It said that pigs can’t look up into the sky and that as a result, pigs have no appreciation of the sky. That seemed a little odd to me so I decided to research it and find the truth.

Can pigs look up? Pigs can look up, but their mobility is limited to about a 45% angle and it depends on the fatness of the pig. Wild boars and pigs are able to look up enough to see the sky because they don’t have as much neck fat as farm pigs. The reason that many people believe that pigs can’t look up is because they don’t have the ability to look straight up. Pigs can tilt their head up and they can look at the sky sideways. They can also see the sky while rolling in the mud. So it’s a complete myth that pigs can’t see the sky.

The myth that pigs can’t look up is so prevalent that it’s published in dozens of resources. Some books even list it as a unique fact that pigs are the only animal that can’t lift its head to the sky. But even if it was true, it would still be inaccurate. That’s because fish don’t lift their necks either (fish having no necks).

Additionally, there are many types of deep-water fish that never swim high enough to view the sky. Lastly, even humans rarely look straight up at the sky above them. “Up” involves more than simply a straight angle, it also involves a general direction.

It is true that pigs have evolved so that their eyes and heads are primarily positioned downward. This is because a pig’s entire diet is found on the ground. Pigs forage for food, they eat the roots of plants and insects.

Plus, they have also been bred to maximize weight gain for meat production. The additional fat that the domestic pig has around their neck restricts the movement of a pig’s head. But, it doesn’t restrict it completely.

As any farmer can attest, pigs have the ability to look upwards. They cannot look directly above them and they have to “sit” to be able to look at a higher angle than normal. This is because domesticated pigs have necks that naturally slope downward.

Wild boars and wild pigs have a higher neck reach than domesticated pigs. This is because farm pigs have been bred to be fat (and good for the skillet). Wild boars and pigs don’t have the same amount of fat around their necks and so they have greater mobility in their necks. Are Pigs Smarter Than Dogs?

Pigs are said to be smarter than dogs, but actual studies on pigs cognitive abilities haven’t been done in-depth. The intelligence of pigs can be analyzed in several ways. First, pigs have a greater sense of smell than dogs. It is so strong that it could almost be called a superpower.

But, dogs have better eyesight than pigs.

Both pigs and dogs are trainable. They remember their masters and have great abilities. Pig trainers often swear that pigs are easier to train than dogs. Pigs are very mellow and are becoming a popular pet. Pigs are smarter than dogs in many ways, but since intelligence can be measured in more than one way, the debate will continue.

After all, even in humans, intelligence has become a wide definition that ranges from emotional intelligence to cognitive intelligence, street smarts, and other types of skills and intelligent behaviors.

Why Are Pigs So Dirty?

Pigs are considered dirty because they love to roll in the mud. However, consider that dirty is not the same as germy. Disease, germs, and infection of parasites occur more often when feces is combined with a pig’s food. Pigs avoid this type of dirty as much as possible. When pigs are confined to small areas, they will make a mess of their slop and waste.

But, pigs are not naturally filthy. When pigs are provided with enough space, they will keep their food and waste in separate parts of the pen. They will not roll in their feces or eat it. This helps pigs to stay clean and keeps them free of issues that often plague commercial pigs, such as worms.

Pigs prefer clean food, plants, and bugs. However, their strong appetites compel them to eat nearly anything that is provided to them. If they are not able to forage for plants, bugs, and other healthy foods, their strong hunger will compel them to eat nearly anything. Even though they will eat the slop of your table, rotten food, and other waste food, it isn’t usually the food they prefer.

People also assume that pigs are slobs because they like to roll in the mud. This isn’t a sign of filthiness as much as a sign of heat. Pigs keep their sensitive skin protected from the sun by coating it with mud. The mud also helps to keep them cool in the summer. How Do Pigs Find Truffles?

Truffles are valued as much as $2,000 a pound and pigs have been known for years as incredible truffle hunters. During a specific part of the truffle production, truffles emit a specific odor. Pigs have a keen sense of smell which allows them to sniff out the expensive crop. They are intelligent and can be trained to look for that specific scent. In addition, pigs are natural rooters. They dig and eat the roots of plants. This makes it easy for them to root for truffles.

A truffle is the fruit of a fungus. It is entirely underground so not outward appearances identify where truffles are growing.

Truffles grow underground on the roots of certain trees. A pig’s rooting ability makes this an ideal combination. Truffles are only valuable during a period of greater pungency. Before or after this period, they aren’t worth much. Truffles have a similar order to hormonal pigs so your pig may be looking for a mate as they sniff out a truffle or two.

Pigs make great pets, as long as they are outside and caution is taken with kids and the infirm. Pigs need sufficient space to be healthy and indoors do not provide that. Even so-called miniature pigs will eventually need enough space to roam.

Miniature pigs or teacup pigs aren’t real and unless they are kept on a starvation-based diet, will grow to their full size. Mini pigs are sometimes called because they have been bred for their smaller size. However, even mini pigs will generally get about 200 pounds when fully grown.

The only way to keep a teacup or miniature pig small is to starve it. If you want to be humane, don’t ever buy a teacup pig as it promotes interbreeding and underfeeding of pigs. Miniature pigs have many health issues. They are bred to be smaller and are often interbred. This means they face many debilitating health problems. They are then kept on a diet that is too little and essentially starved to death. Purchasing a miniature or teacup pig encourages pig breeders to continue these inhumane practices.

A healthy pig is at least 50 or more pounds with some weighing as much as 200 pounds. This means that your pet pig needs a place to run around outside.

Pigs are intelligent animals that can bond with people and other animals. They have great memories and can be easily trained to do tricks. Younger pigs can be very cuddly, but it is more difficult to cuddle a 200-pound hog. As pigs grow, males will become more territorial.

Do Pigs Have Sweat Glands and Other Interesting Facts? 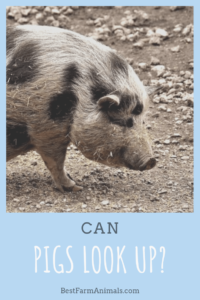 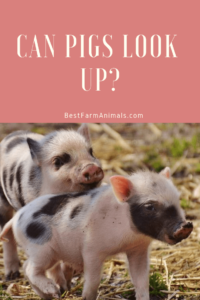 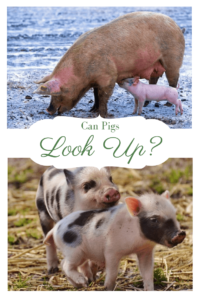