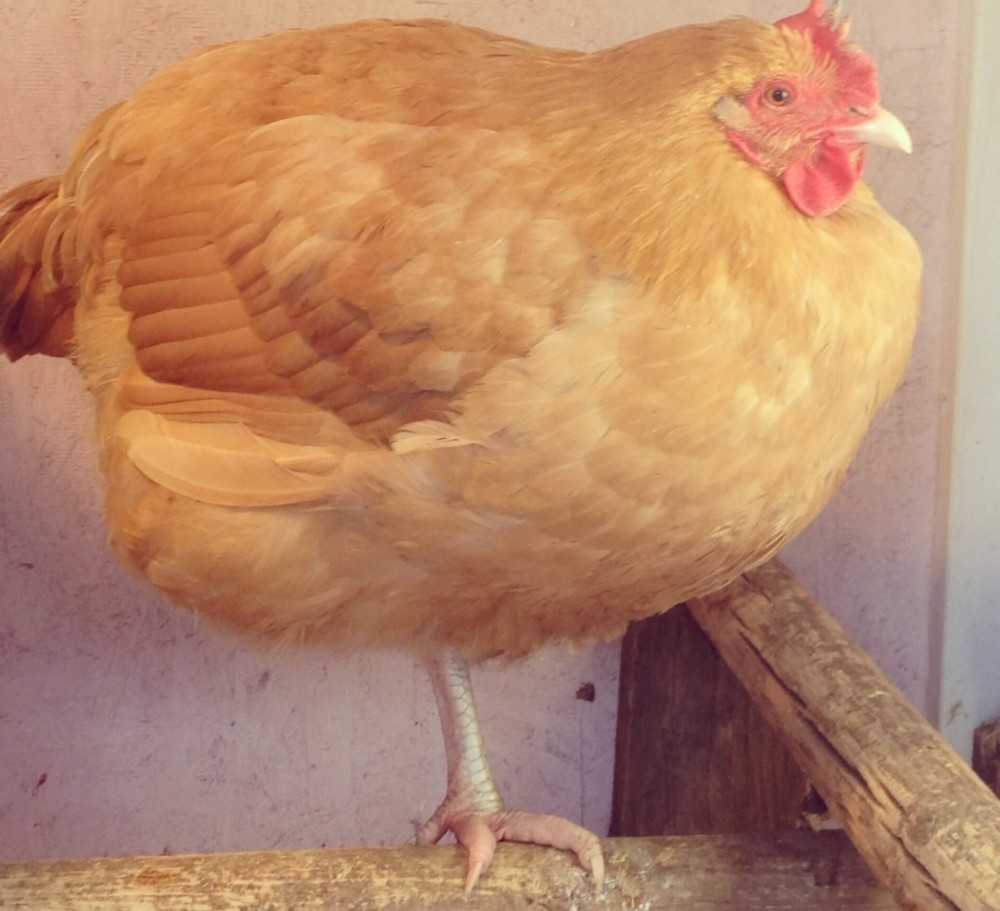 Disease, predators, or accidents can cause extreme damage to a chicken’s leg. When that happens, it often causes distress to those of us caring for the chicken.

If you are facing this situation, you are probably asking a few questions. You are wondering what is wrong with the leg, if your chicken can survive, what her quality of life will be, and how to fix the problem.

I’ve compiled this guide to help when a chicken’s foot seems lost. First, the most urgent question.

Can a chicken live with only one leg? Chickens can live with only one leg, but their survival will depend on the age of the chicken, gender, and the flock. Young hens have the best survival. If the leg is diseased, the illness will spread to the chicken and kill it. If the leg is broken above the elbow, then the chicken will often get blood poisoning and won’t survive, but if the leg is broken below the elbow, the hen can usually survive. A dominant chicken in the flock is more likely to survive.

Obviously there are a lot of “if’s” in a chicken’s chances of survival. Let’s dive a little deeper into what causes a chicken to lose a leg and how you can make the decision to provide it tools of survival or to cull it.

Factors For Survival Of One-Legged Chickens

There are many things that will determine whether or not a chicken with only one leg will survive.

The combination of these various factors will determine whether or not your chicken survives.

Hens Are More Likely To Survive Than Roosters With One Leg

Hens are more likely to survive with only one leg than roosters. Roosters have more weight and often this causes the surviving leg to give out sooner.

In addition, hens or roosters with only one leg will usually not propagate. That’s because the mating dance of chickens involves the rooster strutting or dancing around the hen before mating. A rooster who can’t properly dance will usually be shunned by the hens.

A hen with a single leg is also likely to be ignored by the rooster.

Younger Hens Have A Better Chance Of Survival

There is an exception: chicks. Chicks that hatch with only one leg has a very low survival rate. There are a number of reasons for this. Chicks born with a lame leg often have other bone deformities that affect the viability of the chick.

Although a lot of factors affect the mortality rate of chicks, baby chicks usually have a mortality of about 2-3%. That means that for every 10 chicks, on average 2-3 of them die.

Death becomes more likely if a chick doesn’t have the use of both legs.

Older chickens also have a poor chance of survival.

Even older hens have slower healing abilities and are slower to learn to adapt. The adage that “you can’t teach an old bird new tricks” rings true often. Older birds really struggle to adapt to life without their other leg.

Older birds face a variety of issues including starvation, septicemia, or blood poisoning from the bad foot, and susceptibility to other infections and health problems.

Individual Will And The Flock’s Temperament Makes A Difference

Of course, even older birds can surprise us with an incredible will to live and survival instinct. Watch your bird for signs of depression, lethargicness, and other issues. This will be a strong indicator of your bird’s will to live and chances of survival.

The temperament of your flock can also determine whether or not your chicken survives. A flock that has a smaller coop area will be more likely to try and push the injured bird out of the flock.

They aren’t being mean, it’s the instinct of survival. In the wild, flocks of chickens were only as strong as the weakest chicken.

A weak chicken could attract more preditors and cause the flock to perish. Or, a sickly chicken is more likely to pass the illness or disease onto the flock.

As a result, chickens instinctually pick on and bully hens that are perceived to be weak, sickly, or handicapped. They are trying to push it out of the flock.

This becomes more visible when the flock is contained in a smaller area and the injured chicken has to more directly compete for resources.

Free-range chickens don’t have to compete with a much as aren’t as likely to bully an injured chicken.

The chances of your chicken surviving are told by which column the majority of your answers are in.

There are many reasons that a chicken can lose a leg or become lame. Check out the next section of this guide for the diagnosis and treatment of chicken leg issues. You can also skip to Part 3 to learn about diseases, infections, and disorders that cause lameness or leg loss in chickens.