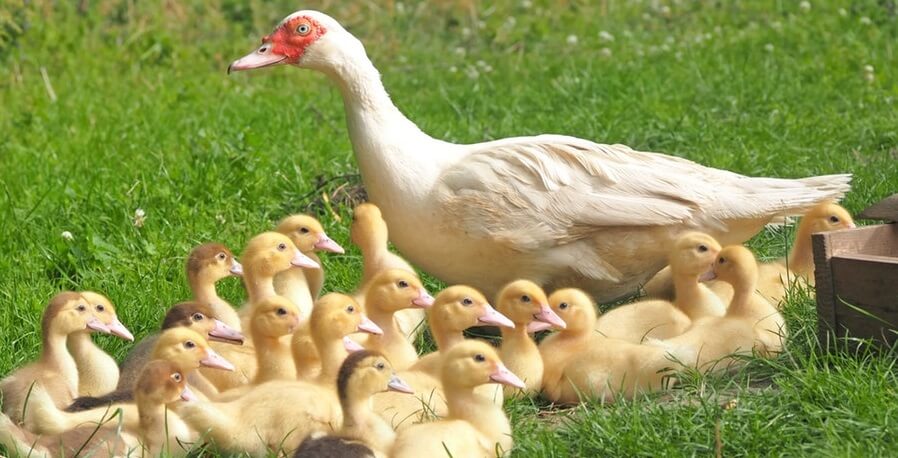 I live in farm country and was fascinated to learn about several odd animals that are ideal for breeding and money-making. In addition to the traditional farm animals, there are five animals that are low maintenance and rare that you can breed.

What Is The Easiest Animal To Breed For Money? Chickens, rabbits, and mice are some of the largest propagators if you plan to raise animals for money. But, there are other rarer animals that are just as prolific such as shrimp, alpacas, iguanas, worms, and birds. These animals are less common, but can be highly profitable if you want to earn money from your “pets.”

There are several considerations when choosing an animal to breed for money. You should consider whether you want to breed the animal to sell its offspring, meat, or animal products. You should also consider the space, time, and ongoing requirements of the animals. Some animals are mostly self-satisfied while others need more time, space, and even a supplemental diet.

In this article, we will move from the most common farm animals to the more rare animals. You can also skip down to see a chart of profitable farm animals.

Chickens are possibly the most popular animal to raise and breed for profit. Chickens provide many products including meat for food and eggs. Some chicken farmers even sell chicken manure as fertilizer.

Grass-fed chicken eggs command a premium. Even feed-fed chicken eggs sell for as much as $3, which offsets the cost of the feed. Chicks can be sold to other farmers or to pet stores, but you may need to meet the store’s requirements.

This can include having your chicks certified, having sufficient room for healthy chicks and your breeding habits. Chicks sold for profit should not be inbred so you should not breed offspring with parents.  (Ducks are also a great alternative)

During the summer roosters can usually be found free or for very low cost. Many homeowners purchase sorted pullets and end up with a surprise rooster that they want to get rid of.

What You Sell: Eggs, Chicken Meat Rabbits are one of the fastest reproducing animals. Rabbit meat is starting to become more popular because of its mild flavor, but many people still have emotional hesitations to eating rabbits. Rabbits can be bred for pets and sold to pet stores. There are many adorable varieties of rabbits that quickly capture a child’s heart.

Rabbits are calm and many varieties will bond with their human masters. My daughter’s pet rabbit would coo when she came around, but wouldn’t coo for anyone else.

What You Sell: Meat, Pelts, Babies as Pets, Manure Alpacas are moving from a rare animal to a more common farm animal. They are originally from Peru, but because of their calm dispositions and multiple uses have become very popular. Alpacas are great load-bearing animals, which makes them ideal for overnight hiking. They are also calm and rarely get upset.

Alpacas can be bred for their variety and sold to farms or families looking for an unusual pet. Alpacas can also be used for their wool. They produce heavy wool that is popular for fiber products. The fiber can be sold commercially or to cottages that produce alpaca wool products.

Alpacas are social animals but can be happy with other types of animals. They have even been used as a guard-animal for smaller animals.

What You Sell: Fiber & Wool, Rental as pack animals for mountainous trips, manure, rental as a forage tool Pet birds include many varieties that can be sold. Birds generally live at least a decade or two in captivity, which makes breeding more economical. You can raise a specialty bird such as a parrot or a more common bird such as a parakeet. Other bird varieties that are great to breed for profit include lovebirds, cockatiels, and green-cheeked conures. Canaries, budgies, and finches are also popular as pets.

Birds can be raised for sale to pet stores or pet owners. They can also be bred for aviaries. Aviary birds differ from pet birds because they are free to roam within an aviary and are often healthier than their more captive relatives.

What You Sell: Pets Both mice and rats are very prolific at producing offspring. This makes them a great animal to breed for profit. They can be sold to pet stores or to other animal owners as feed. A variety of animals from birds, to fish, to cats, love to eat mice and rats.

Mice and rats breeders can sell them to pet stores as pets. They can also freeze them or sell them live and in bulk to local buyers. Many mice sellers sell their mice on local directories such as Craigslist or in newspaper listings.

If you choose to breed mice or rats, you will want to make sure that you have the stomach for handling and caring for them.

What You Sell: Pets, Food for other pets Shrimp take very little space to stay healthy and are fairly easy to breed. Once the right conditions are established, they will self-care. Red Cherry Shrimp is an easy breed to start with. Shrimp will breed more efficiently if they have the right temperature of water and other conditions are right.

If you choose to buy shrimp to breed, make sure to purchase Grade A shrimp. Grade A shrimp will have offspring that is both more valuable and cheaper than Grade A. That means that you will need some knowledge about how to separate the offspring and how to mate the higher quality shrimp. If you do separate and mate higher quality shrimp, then you will have a more profitable business.

What You Sell: Food, Pet food, Chameleons are a beloved pet because of their abilities to change colors and disguise itself. Some varieties of chameleons can sell for hundreds of dollars. This makes chameleons a profitable business.

What You Sell: Pets

Worms are possibly one of the most self-sufficient animals that you can breed. Once they are established in good habitat, they breed easily and stay happy. Worms are usually bred for gardeners, fishermen, or for animal feed. Earthworms, red worms, and nightcrawlers are popular for both the garden and for fishing. What is the most profitable fish to breed for profit?

Tilapia: Easy fish to breed. It’s the most popular fish used for consumption

Dwarf cichlids: take longer to get to sellable size which makes them hold their value.

Discus: beloved for their beautiful coloring. They are more expensive to successfully breed, which makes them rarer.

Zebra pleco: Black and white striped fish. They are tricky to breed and mature when they are young.

Clownfish: popular for pets and at marines.