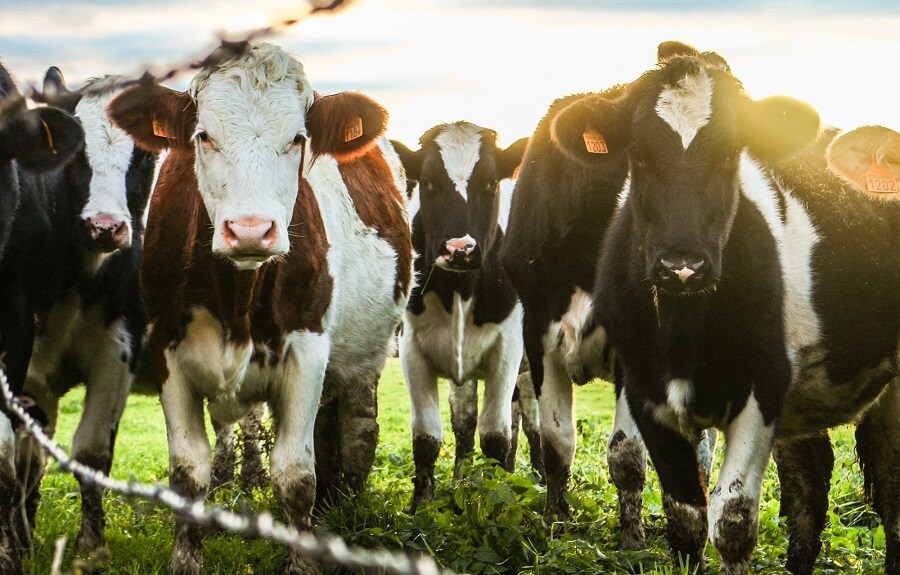 I have been debating putting some cows out to pasture in my extra 3.5 acres of land. But first, I wanted to know how much a cow will cost me to buy so I did some research.

How Much Do Cows Cost in 2021? Generally, a cow costs between $2,200 and $5,300 per cow. The actual cost depends on its weight, gender, and breed. Yearlings sell for between $850 and $1,550. Cows will also differ in price based on whether or not they are dairy cows or beef cows. Bulls sell for more than cows.

Cows can be sold for a flat price for the cow or based on the weight of the cow. Cow and Calf pairs are also sold, which can cost less than individual animals. Let’s explore some of the differences in cows and their prices.

What’s a Calf Worth?

The age and size of the calf will determine the cost of a cow. A day-old calf will require more work and will have to be bottle-fed. Those often cost between $35 and $50 per calf. They also have a higher mortality rate with about half of the calves dying.

A yearling, cow that is 4-6 months old is more stable and will cost more. A beef yearling will cost between $650 and $750 per calf. Older calves will cost more based on weight. A dairy yearling can cost as little as $450-$600 for a calf.

What’s A Beef Cow Worth?

The most popular beef cow in the United States is Black Angus. They require little maintenance during calving season. However,  Black Angus isn’t the only great beef cow available. Check out these varieties.

How Much Does a Dairy Cow Cost?

The worth of a milk cow varies between $900 and $3,000. This range depends on the cost of a yearly to the cost of a proven-family cow. Calves or yearlings are much cheaper to purchase than full-grown cows. Additionally, a cow that has been bottled or hand raised will cost more because they are people friendly and better to have around the family.

What Are The Best Dairy Cows To Buy? Where Can I Buy A Cow?

You have many options on where to purchase a cow. Local farmers may be willing to sell you a cow for less than market prices. Dairy farmers will often sell male cows at a lower price because they aren’t needed for dairy production. In addition to finding a local farmer ready to sell, you can also order and purchase a cow online. Several places offer cow sales including the following websites:

In addition, there are local auctions all around the country. If you choose to seek a cow at an auction, be sure to bring someone knowledgeable who can help you determine if a specific cow has potential problems.

How much does a cow cost annually?

Cows generally cost between $550 and $1,000 a year to keep. This includes their feed and care. A cow will cost less if you produce your own feed or if you have more acres to grass-feed the cow from. A single cow will need between 2-5 acres per cow to grass-feed.

Cows generally need between 30 and 40 pounds* of hay a day for meat cows. Actively milking cows can eat as much as 100 pounds a day in combined feed. If you need to buy hay for the majority of the year, then it will cost you about $1,300-2,000 a year in feed. If you can grow your own feed or have enough land for the cow’s grazing needs, then a cow will only cost you $200-300 a year.

Other costs that you will need to factor include:

* Cows eat 2.6% of their weight a day. That means they eat roughly 24-26 lbs a day in dry hay. But, there is usually a 15% waste. It’s best to plan on about 36lbs a day of hay per cow until you figure out the best ways to minimize hay waste.

How much does a cow cost to keep in your backyard? A steer will eat 15-20 pounds of feed, while a dairy heifer will eat as much as 35 pounds of feed a day (more when combining different food options). In addition, you will need to have a way to keep your cow safe, contained, and healthy. You will need a barbed wire fence to keep it contained. It will likely cost you $300 or more to get your backyard cow ready.

How much does it cost to butcher a cow? There are several costs associated with butchering a cow including the cost to kill, butcher, and prep the meat. If you pay to have your cow killed, it can cost as much as $100. The carcass will need to be butchered and prepped for consumption.

For a more complete guide, check out How Much Does It Cost to Butcher a Steer to find out if it’s worth it and the right questions to ask.

Will I Save Money On Beef Costs To Raise A Cow? Beef consumption can be broken into two categories; higher-end cuts and lower end cuts. If you primarily eat lower cost cuts, such as the meat used for hamburger or roasts, you won’t save money. If you primarily like to eat higher-end cuts such as those used for steaks or filets, then you will save money.

When you raise your own beef, all the meat is averaged as a cost per pound. According to the University of Wyoming, the average cost to raise your own beef is $4.10 per pound. That means that with an average cost of $2.99 for cheaper cuts of beef, you will overspend by $1.11 per pound. However, higher-end cuts average $8.44 a pound and will save you $4.34 a pound. If you average the costs of the entire cow, and you can consume the entire cow, then you will save yourself $240 a year in beef. That takes into account the consumer costs of $2,081 for 450 pounds of meat and the cost of $1,845 for the same meat in a raised cow. 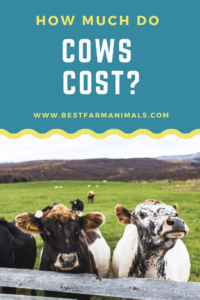 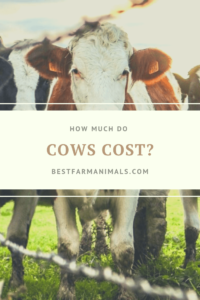 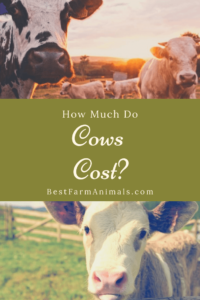