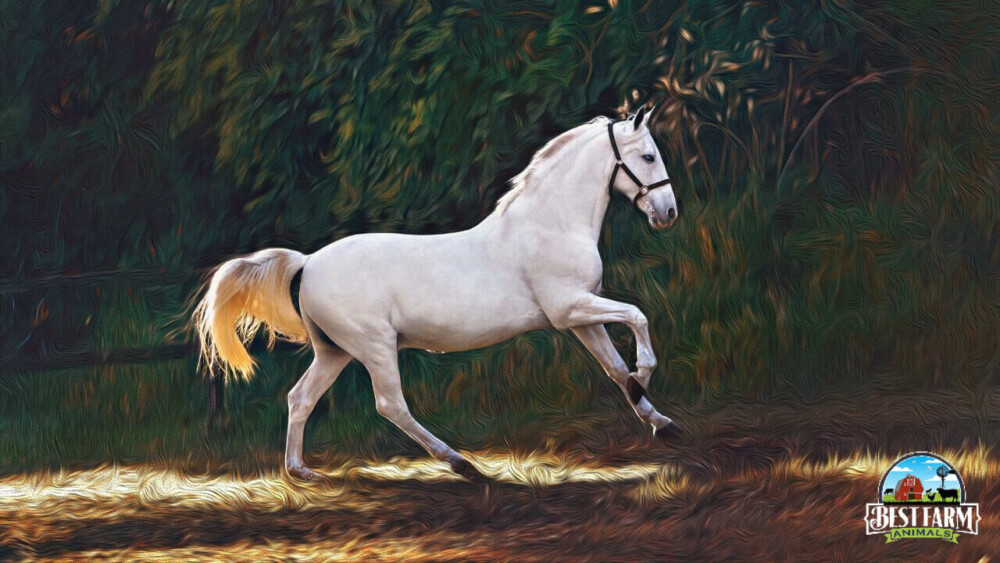 This morning my horse came in for breakfast with a large wet patch on her one flank. It was clear from the ruffled hair that she’s been biting at herself.

Why is my horse biting its sides? Horses bite each other and themselves all the time. They bite to establish their place in the herd hierarchy and when playing. Horses also nip at themselves to alleviate an itch or chase flies away. A horse that repeatedly bites or nips itself may suffer from self-mutilation syndrome.

Equine self-mutilation syndrome (ESMS) can be difficult to diagnose. Horses displaying symptoms of the syndrome may simply be reacting to allergies, skin diseases, chronic pain, or colic. Horses with ESMS will repeatedly bite their chests, flanks, legs, or tail, with self-mutilation episodes occurring daily, if not multiple times a day.

There are several reasons a horse bites at their sides, flanks, chest, or legs, the most common being:

Horses with insect hypersensitivity have an allergic reaction to the “bites of insects of the genus Culicoides,” mosquitos, and other biting flies. This allergic reaction causes extreme itching and, in some cases, the appearance of hives.

Horses suffering from this condition usually bite at their chests and upper front limbs, causing “hair loss and crusting.” In severe cases, “Horses can rub and scratch an area until it’s raw and bleeding,” says Robin Knight, an internal medicine specialist at Idaho Equine Hospital.

#2 Pain can Cause Horses to Bite Themselves

Horses experiencing “intense or chronic unrelieved physical discomfort” may perform harmful behavior to relieve the pain. For instance, mares in labor may repeatedly turn their heads back towards their flanks. They may also nip at their sides or kick out with their hind legs.

Horses suffering from this type of self-mutilation may display more violent behavior, such as kicking, bucking, spinning, and biting the abdomen, flank, chest, or shoulder.

Physical discomfort from too much work or exercise may exacerbate your horse’s self-mutilating behavior.

A horse may display its most violent self-mutilation while working or even in anticipation of exercise. In other cases, the most severe episodes may occur immediately after exercise.

Stallions exhibiting self-mutilation may be trying to find an outlet for their natural aggression. Stallions bite at one another’s necks and limbs in the wild to establish dominance. In the absence of another male, this behavior may become self-directed.

Researchers theorize that the higher the “level of innate aggressiveness of the male,” the more likely it is to self-mutilate. 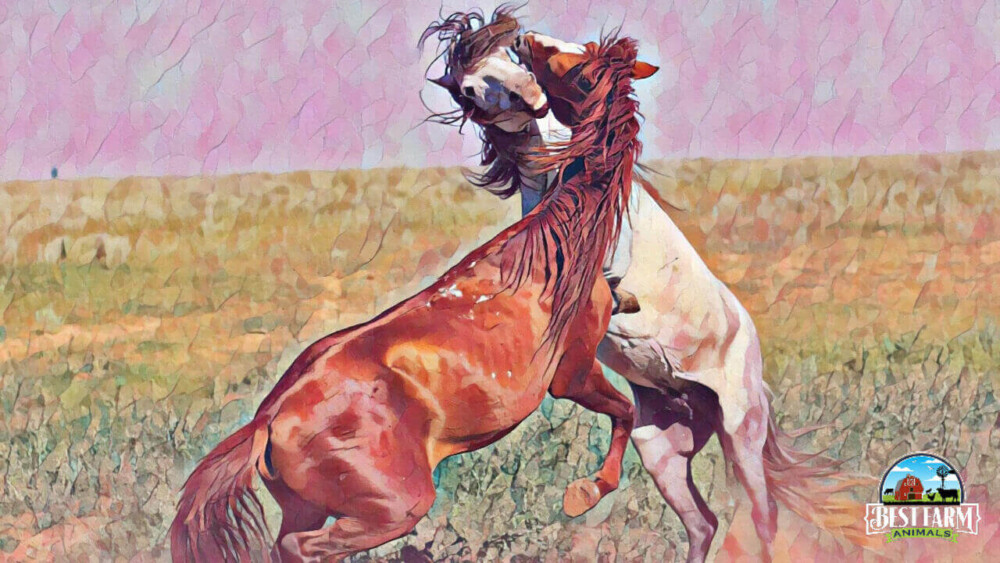 #4 Boredom or Frustration could Cause Self-Mutilation

Some horses bite at themselves or kick at and stomp on foreign objects methodically. This type of self-mutilation tends to be less violent and takes on “a fixed methodical sequence,” whereby the behavior occurs in a predictable pattern.

This type of self-mutilation is similar to other stereotypes, such as crib-biting and weaving. A horse confined to a stall and lacking opportunities to socialize with others may bite itself out of frustration, stress, or even boredom.

In addition to biting their flanks, chest, legs, and shoulders, horses suffering from self-mutilation syndrome may display one or more of the following behaviors:

Studies show that self-mutilation episodes can last from a few seconds to several hours. Most horses will stop their damaging behavior when distracted by their owner and tend to perform self-mutilation at specific times of the day.

Owners of self-mutilating horses have noticed that most episodes occur in response to specific “precipitating factors,” such as season changes, anticipation, excitement, stress, inactivity, or, in the case of stallions, the presence of mares. 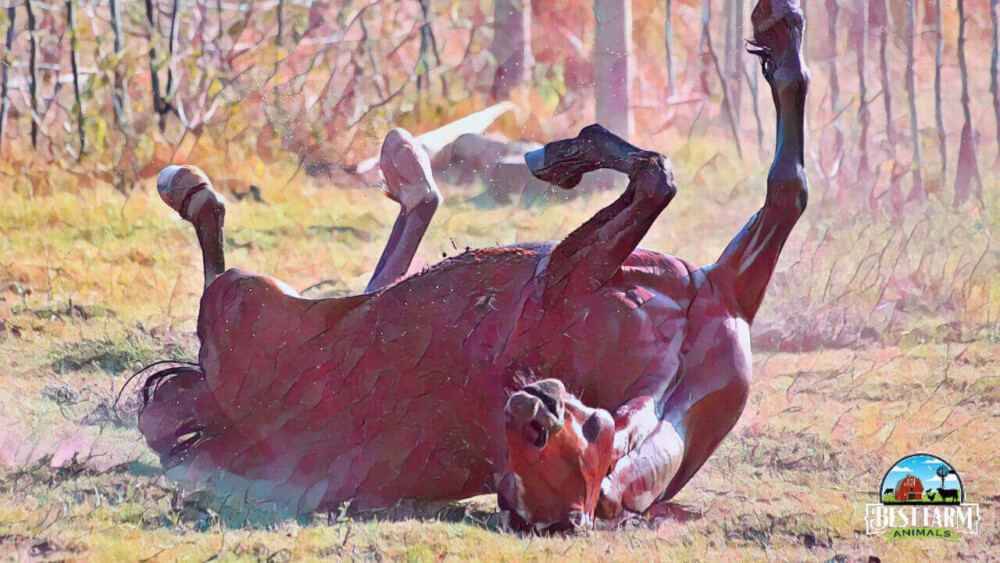 Breed and Gender may Affect Self-Mutilation

However, the Tufts University study, which looked at 57 reported cases of equine self-mutilation, found that 20 were stallions, 31 were geldings, and six were mares.

Mares appear to perform self-mutilation slightly differently than stallions and geldings, being more prone to kicking out than their male counterparts.

According to some, certain breeds are also more susceptible to developing ESMS than others, with the three top breeds being Arabians, Quarterhorses, and American Standardbreds.

How to Treat a Self-Mutilating Horse for Insect Hypersensitivity

A horse that continually bites at its chest but not at any other part of its body probably suffers from insect hypersensitivity. The episodes of self-mutilation will usually be higher around dusk and dawn when biting insects become more active.

Horses with insect hypersensitivity usually show other symptoms, including hives, hair loss, and dermatitis. A veterinarian can give you a definitive diagnosis through intradermal allergy testing.

In the long term, omega fatty acids, such as those found in fish oil, can benefit the horse by reducing skin inflammation and improving the quality of the coat.

Insect hypersensitivity isn’t a cause of equine self-mutilation syndrome. It’s a specific problem that causes some similar symptoms. 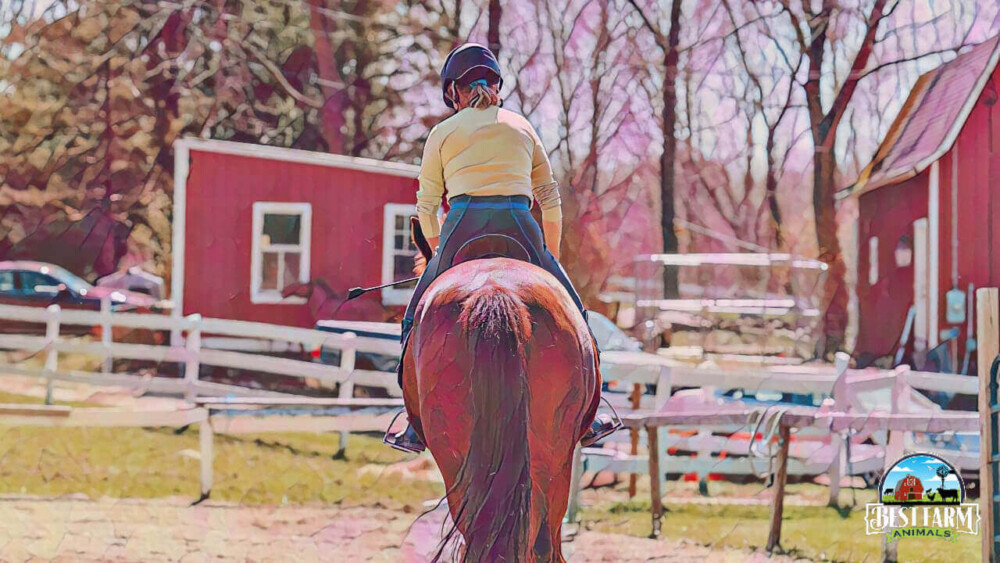 Diagnosing Pain in the Self-Mutilating Horse

A horse that bites itself repeatedly on its flanks may be experiencing gastric pain. Horses with colic often look at or bite their flanks while showing other signs of distress.

You can learn more about treating a horse with colic here.

Aside from colic, researchers have linked self-mutilation in horses to several other conditions, including:

The only way to know if one of these problems is causing your horse to self-mutilate is to consult a veterinarian and ask them to perform a thorough physical examination.

A horse that is self-mutilating because of pain isn’t suffering from ESMS and should stop self-damaging as soon as the source of the underlying pain is removed.

Managing Self Mutilation in Stallions

Some evidence suggests that castration can help reduce the frequency and severity of ESMS in stallions. According to the Tufts University study, seven of the ten stallions showed improvement after castration, while the remaining three showed no change.

Researchers theorize castration reduces testosterone and “may ameliorate signs in affected stallions” but not eliminate them. This limited success is because the stallion’s level of innate aggression is only conditioned by, and not dependent on, the presence of testosterone.

As castration isn’t a surefire way of eliminating the problem, changes to your management regime may be more effective. If you’re in a position to allow your stallion more social interaction with other horses, this will give him a natural outlet for his aggression.

Similarly, as the smell of a mare’s urine or manure can spark an episode of self-mutilation, keeping the stallion in an area far from ovulating mares could reduce the frequency and severity of such attacks. 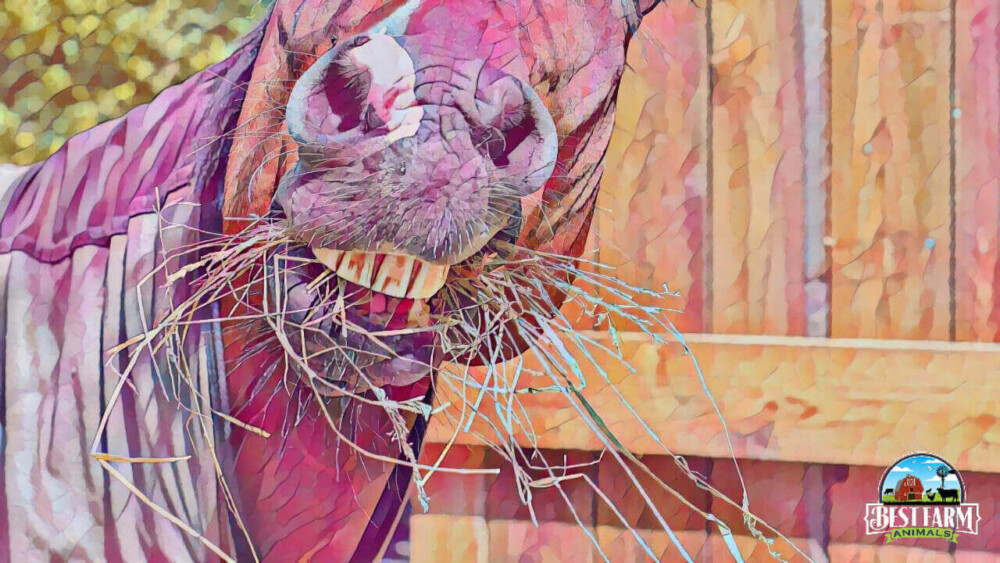 To treat a horse that methodically self-harms in a way that mimics other stereotypies requires a similar approach to that adopted with crib-biting and weaving.

More turn-out time will reduce boredom and allow the horse to perform natural behaviors, such as foraging.

Increasing opportunities for socialization with other horses can also eliminate some of the frustration and stress causing self-mutilation.

In the wild, horses spend between 12 and 14 hours grazing, whereas stabled horses “consume a typical hay and concentrate ration in two to four hours.” Increasing the amount of time your horse spends eating will help eliminate boredom and alleviate some of the symptoms associated with ESMS.

Although the existing stable arrangements may seem adequate to the owner, they may not meet the horses’ natural needs, especially regarding social interactions, time spent grazing, and freedom of movement.

The researchers at Tufts concluded that these factors all contribute to the horse’s stress and frustration but that “confinement is a primary factor in the expression of the disorder.” 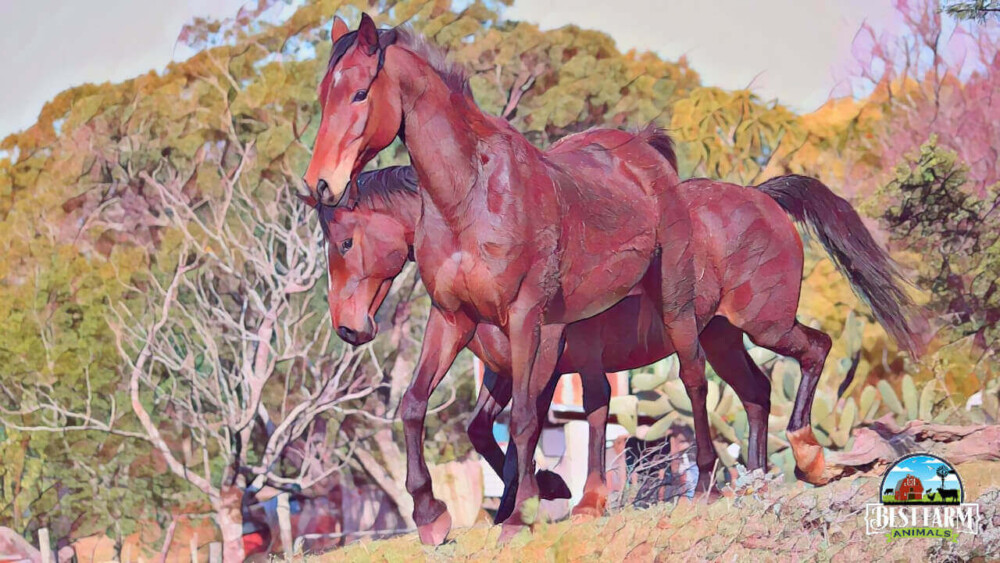 Feed management solutions may have some positive effects on a horse that self-mutilates, with some owners reporting a marked improvement in their horse’s behavior after she eliminated sweet feed from the diet. As this dietary change happened alongside other therapeutic measures, it’s challenging to ascertain just how effective it was.

Similarly, a horse that’s self-mutilating because of gastric ulcers or other gastrointestinal problems may benefit from a hind-gut buffer that stabilizes the acidity in the hind gut and improves digestive efficiency.

Medication May Help in Severe Cases of Equine Self-Mutilation

There is no clear explanation for ESMS and no recommended treatment plan. Researchers have identified a possible link between horse self-mutilation and the endogenous opioids that may be involved in propagating other stereotypes.

Endogenous opioids are molecules produced in the brain and help the body control pain. It’s thought that these molecules may “sensitize dopaminergic mechanisms” that are directly involved in repetitious behavior, such as self-harming or crib-biting.

The researchers at Tufts note “the successful use of a pure opioid antagonist to suppress self-mutilation in a stallion.” The antagonist, nalmefene, has effectively treated other stereotypic behavior disorders, such as crib-biting.

Tricyclic anti-depressants like imipramine have proved effective in treating some behavior disorders in horses and may help a horse with ESMS. Alternatively, nutritional supplements that support mood and relaxation, like l-tryptophan, can also calm a horse, reducing the urge to self-mutilate.

The Prognosis for Recovery from ESMS

ESMS is primarily a behavioral disorder, so each case needs a treatment plan tailor-made to that specific individual. Giving a horse more turn-out time may reduce the episodes of self-mutilation in one horse but make no noticeable difference in another.

With the help of your veterinarian, you should aim to create a treatment plan that redirects the negative self-harming behavior into something more positive. That could be grazing or spending time with another horse or companion animal.

If the horse’s behavior is too extreme to change or modify, euthanasia may be necessary, as allowing the horse to continue self-mutilating would be detrimental to its well-being.

Equine self-mutilation syndrome is easily confused with other behavioral reactions to pain and discomfort. Before treating a horse for ESMS, it’s essential to thoroughly investigate all underlying causes first, including insect hypersensitivity and gastric ulcers.

Changing stabling arrangements and altering your horse’s diet can help reduce the severity and frequency of self-mutilation episodes in some cases. The more a horse can perform its natural behaviors, such as grazing and socialize, the less likely self-mutilation will occur.

Depending on what’s causing the behavior, medical interventions may be necessary. These can include medication and castration. In extreme cases, euthanasia may be the only option.