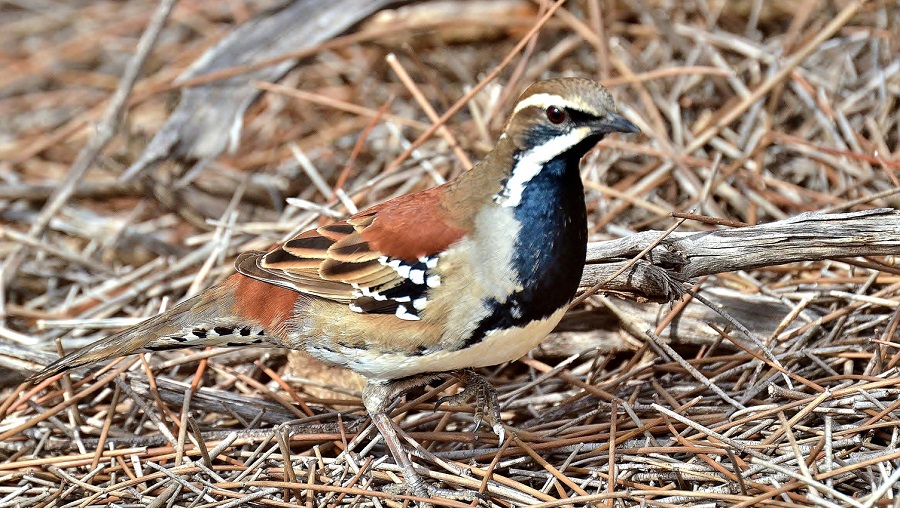 Quail varieties are split between Old World and New World quail. Each variety has many sub-species. Some are domesticated hybrids, and others are wild species.

But what quail is the best to raise? The most popular quail is Coturnix. It is a strong egg layer and is often used for meat. One specific variety of Coturnix, the Tibetan quail, is the variety most commonly served in restaurants. New World quails, specifically the bobtail quail, are usually used for meat production and hunting. They are used to train hunting dogs and for release into the wild or hunting reserves. Other New World quails are used for decoration or show.

Each variety has benefits and specific needs. To learn how to raise quail, check out this guide.

Coturnix are the best-all-around quail. They are used for both eggs and meat. They are some of the largest quail while also laying better than other quail species. They are Old World birds, raised in captivity for hundreds of years. Because of that, they tend to be the hardiest of quail.

Coturnix is the easiest quail to raise and keep. They are ideal for beginners. They are mild-mannered and don’t scare as quickly as other types of quail.

They also mature quickly. A Coturnix will reach maturity at about 7 weeks. They can be used for meat and the hens will start laying eggs at that time. This makes them a fast and easy bird to get into production.

Coturnix is so calm and docile that they make great pets. The Japanese have used Coturnix as pet birds for a long time.

If you raise Coturnix with the intent to raise and hatch eggs, then you will need one rooster to at least 3 or 4 hens, and as many as 6 or 7 hens. This will keep the males from competing and allow them plenty of females to keep busy.

But, if eggs are your goal, then hens without males will produce better eggs.

There are 6 native varieties of Coturnix and other bred varieties.

The Button quail are the smallest. They generally weigh about 1/10th of a pound. They will grow to only about 4 inches at full maturity. These birds have a shorter life span because laying eggs stresses the hens. They are a little better at brooding their eggs than other types of quail. But, they can still be fickle brooders.

The button quail are known by a variety of names:

Button quail are social. Keep them with at least one other bird. Males should not be kept together but will be happiest with a female quail. Males without a female are likely to call all day long.

Buttonquails are native to warm climates. Don’t keep them outside unless you live in a warm area. They are usually kept in bird cages indoors. They generally mature sexually between 8 and 12 weeks old.
They are very colorful birds, particularly females.

The Bobwhite quail is what the pilgrims feasted on when they landed in the New World. They are most commonly raised for hunting birds, although they are also raised for meat.

The bobwhite quail is native from the United States down into Mexico. They are the most common native quail to most o the USA. Bobwhite quail are usually the only species of quail that Fish and Game allows to be released into the wild.

Bobwhites must be raised differently if they are raised for meat versus for release into the wild or to train dogs. Flight birds must be raised in a flight pen. They can also be (sometimes) trained to come back when released.

The best way to train them to come back is to leave birds in the hutch to call the others back. Males generally come back better and more quickly than females do.

Bobwhites trained for meat are usually kept in short cages that don’t allow them to fly. Bobwhites are a lot more flighty than any of the Old World birds.

They are not domesticated and they can be startled to death vía a heart attack. They will fly straight up into the air when startled and can also hit their head on the roof and die. For this reason, flight pens have high roofs or netting roofs to protect them. This is also the reason that meat birds have very low roofs, about 1 foot of the ground.

Bobwhites were believed to be monogamous until recently. Researchers have discovered that females can mate with 2 or 3 males in a single season. For this reason, Bobwhites are usually raised in pairs.

There are 22 varieties of Bobwhites including:

Bobwhites don’t mature until about 6 months. They usually take about 22 weeks to become a good flight bird. At 6 months, the females will lay eggs from April to September. They will stress and become ill if forced to keep laying eggs all year long, unlike Coturnix quail.

Bobwhites are usually harvested for meat between 14-16 weeks.

Gambel Quail usually run around single-file. They are the funny birds with the plume on the top of their heads. They are native to Arizona, Colorado, New Mexico, parts of Northern Mexico, and Texas.

They usually do the best mating in single pairs. They are flighty birds that will also scare easily. Gambel quail are never truly domesticated. They will escape and not return if released into the wild.

Gambel quail parents feed the chicks for a longer time than other quail. The chicks learn to eat at a much slower pace. This means that they are a much more difficult quail to raise. They require a lot of care and patience.

Montezuma quail are a rare quail. They are very difficult to find or purchase. Montezuma quail crouch in a still position when they feel threatened. This makes them especially susceptible to predators.

Montezuma quail are also referred to as mern quail.

Males have a black and white patterned head. They have fast flight and even with clipped wings, can leap as high as 6-7 feet, often causing damage to themselves.

Montezuma quail are native to Mexico. They can sometimes be found in Southern Arizona or Southern New Mexico.

Blue-scale quail are the calmest of the New World quail. They run away instead of break into flight, but are gentile birds.

They are usually raised as ornamental birds. They can be bred with Bobwhite and the offspring is called a blob. Scramble is the offspring of a blue-scale and a Gambel quail.

California Quail: Not A Gamble

They are usually raised for use in aviaries and will get along with other small birds such as parrots or finches.

California quail will raise the young altogether. All the adults will help to care for the young. This keeps their mortality rates lower.

Raising quail can be fun and educational. They make a great bird to raise and are often allowed, even where chickens aren’t. What questions do you have that this article didn’t answer?