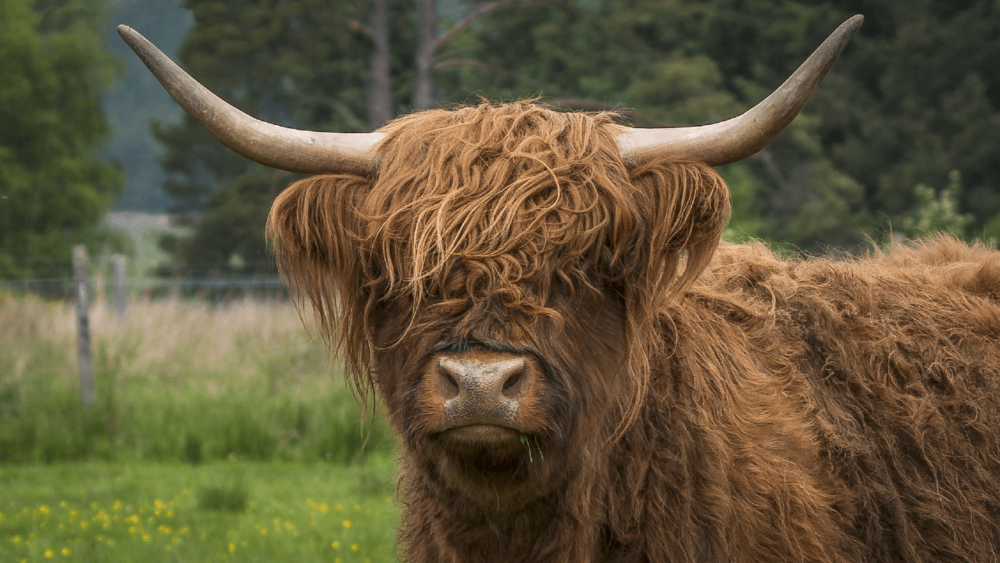 When beef cattle get mastitis, it can be harder to identify, address, and treat. Beef cattle are different than dairy cattle, which critically affects treating mastitis. Did you know that beef cattle can be at a higher risk of mastitis than dairy cattle because they are usually kept in a herd longer?

Plus, many beef raisers have intentionally bred higher milk production into their beef herds so that calves can have plenty of milk. One of my friends, Ashley, raises cows from a family herd extending back to her grandfather. She raises beef cattle that are also good milkers, so calves have nurse cows if something happens to the mamma cow.

Streptococcus, Staphylococcus, and E. Coli are found everywhere in the environment. When bacteria enter the udder canals, mastitis develops. When it’s wetter and muddy, bacteria strains can increase cases of mastitis in meat cattle during the spring and fall.

Wet conditions increase the fly load in an area. Flies spread bacteria faster and make the bacteria load heavier in watering and dung areas. Cows can get mastitis when cows and calves are in less sanitary conditions, which is why muddy, wet environments spread mastitis more broadly.

Calves spread bacteria from one mastitis-infected cow to another. Because beef calves don’t usually suckle from only their mother, they spread infection. Cows are also at risk of developing mastitis when calves are weaning. During the drying off period, cows produce more milk than is being consumed by the calf and may leak milk. As the milk leaks, the udder canals are at greater risk of contracting bacteria and getting infected.

Beef cows are more likely to get mastitis in certain conditions: 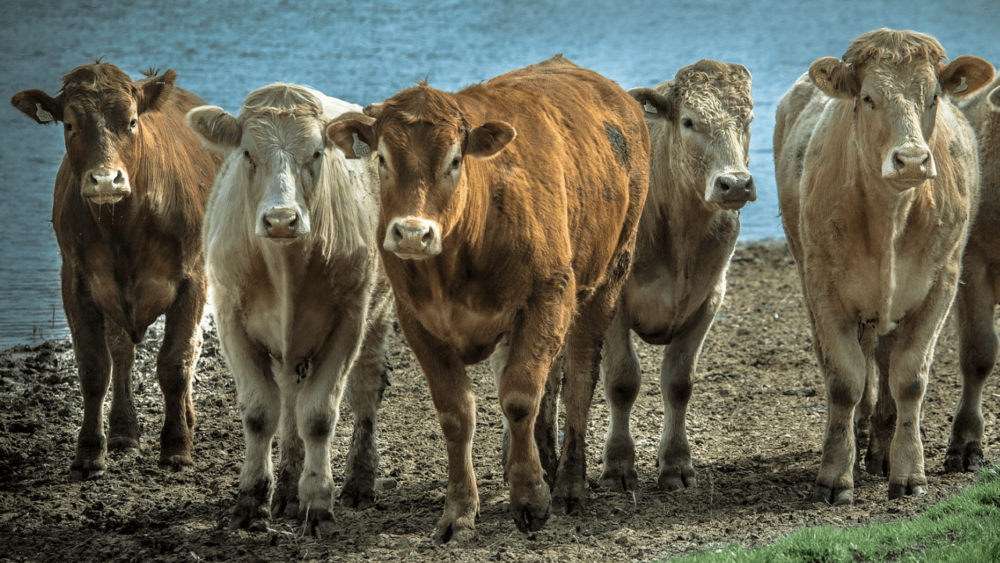 When beef cows get mastitis, it affects the entire herd. Calves are likely to spread Staph to other lactating cows in the herd. Additionally, the infection usually alters the taste of the milk. As a result, calves usually refuse to nurse as much from the cow. This decreases the weight gain of the calf and directly impacts the herd profitability. Calves that grow slower bring less money or take more feed to make butchering weight.

Mastitis can also mess with the hormones of the mamma cow. Her body doesn’t always come back into estrus as quickly. These delays breed back. Breed back is the ability of a cow to become pregnant.

Mastitis affects cows by decreasing their appetite, reducing milk production, causing discomfort and lethargy. As mastitis worsens, cows will get a fever, swollen udders, and may face death.

Signs of Mastitis in Beef Cattle

Mastitis in beef cattle can be easy to miss until it becomes severe. That’s because, unlike dairy cows, beef cattle aren’t milked. In dairy cows, mastitis is often identified during milking or because the milk tastes off.

But beef cows are often in the field and aren’t observed as closely as dairy cows. A bawling calf that’s acting hungry can be a sign of mastitis.

What are the symptoms of mastitis in beef cows? Cows can have mastitis without outward symptoms. A calf that is uninterested in nursing is one of the first signs of mastitis in beef cows. The infection changes the milk quality and taste, and calves lose interest in nursing. Lethargy and a decrease in appetite are usually the first signs of a beef cow having mastitis. In the milder stages, the cow may not even have a fever.

Mastitis is severe if the udder becomes red, swollen, and painful. A fever will rise during more acute mastitis.

Cattle raisers should observe lactating cows and watch for these signs. It’s harder to diagnose mastitis in beef cattle because they are not usually as tame or gentle as dairy cows. That makes it harder for farmers to assess udder health. 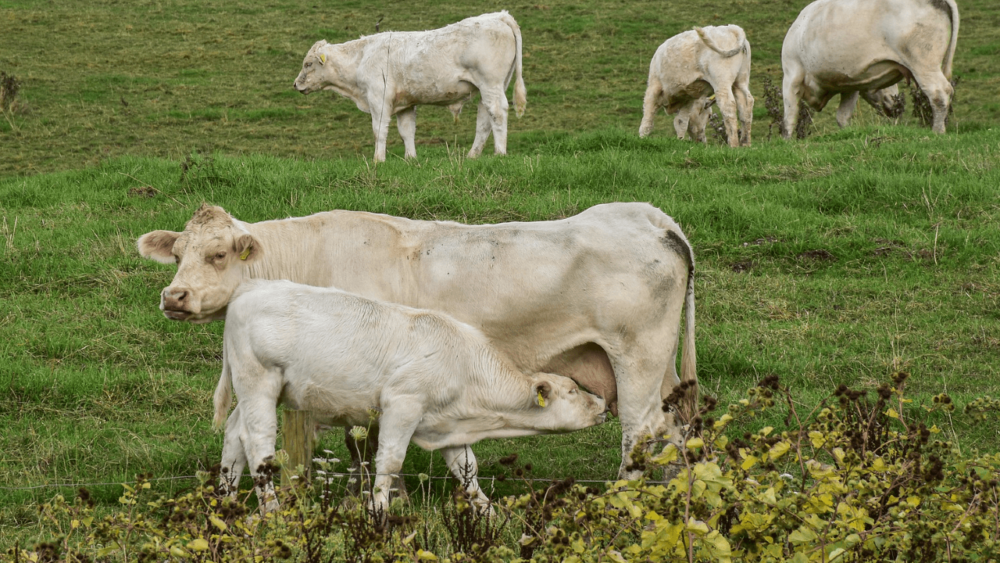 It’s harder to treat a beef cow with mastitis because they are not as docile as dairy cows. The farmer has to be able to approach a beef cow, which is not handled daily, to administer antibiotics or take a temperature. This poses an increased hazard.

As a result, minor mastitis cases in beef cows are often missed and sometimes ignored. It is simply too hazardous to treat mild mastitis.

Beef cows with mastitis are usually treated with antibiotics used for dairy cows. The treatments are given directly into the udder. But, for treatment to be effective, the udder needs to be kept free of milk, which requires milking it.

Milking a beef cow can be problematic, mainly if the cow isn’t used to it. Antibiotics also need to be administered multiple times.

Some treatments include cutting open the quarter or teat. This helps the udder to heal faster but will permanently disable the teat from future milk production. However, cows with three quarters can produce almost as much milk as cows with four producing quarters.

Treat mastitis quickly. Cows with severe mastitis can soon become dehydrated and go off feed. This can cause her to die and force early weaning of the calf.

Several natural remedies have been shown to treat subclinical mastitis.

Lemon was also effective. After researchers fed cows cut-up lemons for 5 days, they saw a 50% cure rate for mastitis.

In India, researchers found a mixture of Tumeric powder, Lime, and aloa to be effective in treating mastitis naturally.

But that’s not all. Scientists at the National Animal Diseases Center, the research arm of the USDA, have found that Vitamin D infusions into infected udders drastically reduce bacteria and can provide an alternative treatment to antibiotics. 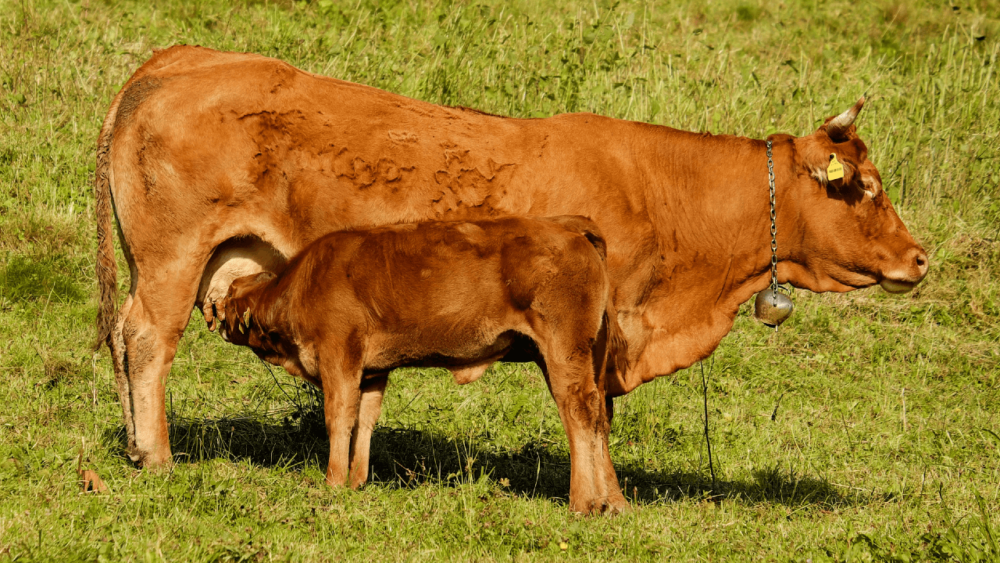 How to Avoid Mastitis in Beef Cows

You can take steps to avoid and reduce the likelihood of mastitis in beef cows. Give calf and cow pairs enough space to keep clean and sanitary. Dirty environments are the most frequent causes of mastitis.

Overcrowding of cows and calves can increase mastitis among the herd. Unsanitary barn conditions can also increase the likelihood of mastitis developing. Do not allow heifers to become filthy with manure on their legs. Provide plenty of straw for bedding. Fence off swamps, ponds, ditches, and streams to prevent access to high-risk areas.

Cows should be current on their vaccines and fed a balanced diet with enough nutrients and minerals. The healthier a cow is, the less likely that mastitis will develop. When a cow’s immune system is overwhelmed, mastitis is more likely to develop. 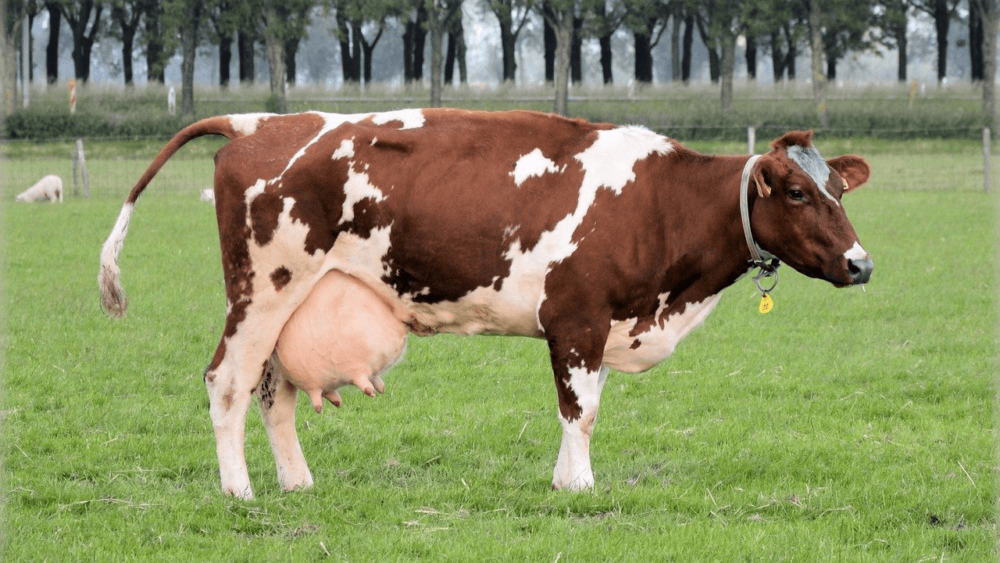 Wet, muddy, overcrowded conditions, and the drying off period are different situations that increase the occurrences of mastitis in cows. Beef cows are at a greater risk for mastitis because of their longevity. Dairy cows are usually kept in cleaner conditions and usually get mastitis from injuries caused by milking.

What do you give a cow for mastitis? Mastitis is treated with antibiotics. Antibiotics are given either intramammary or subcutaneously. Without antibiotics, a cow may develop chronic mastitis, have permanent damage, or get sick enough to die.

What causes mastitis in heifers? A heifer is a cattle that have never given birth or lactated. Heifers can get mastitis when ready to give birth if they become infected by major pathogens. Heifers contract the pathogens from mud, unsanitary conditions, flies, and close quarters with the herd.

Can a dry cow get mastitis? Dry cows can get mastitis and are often at greater risk because the dry herd is not cared for as meticulously as the lactating cows. Cows are at a much greater chance of mastitis during the first two weeks of the drying-off period. They are also at an increased risk of mastitis two weeks before and after calving.