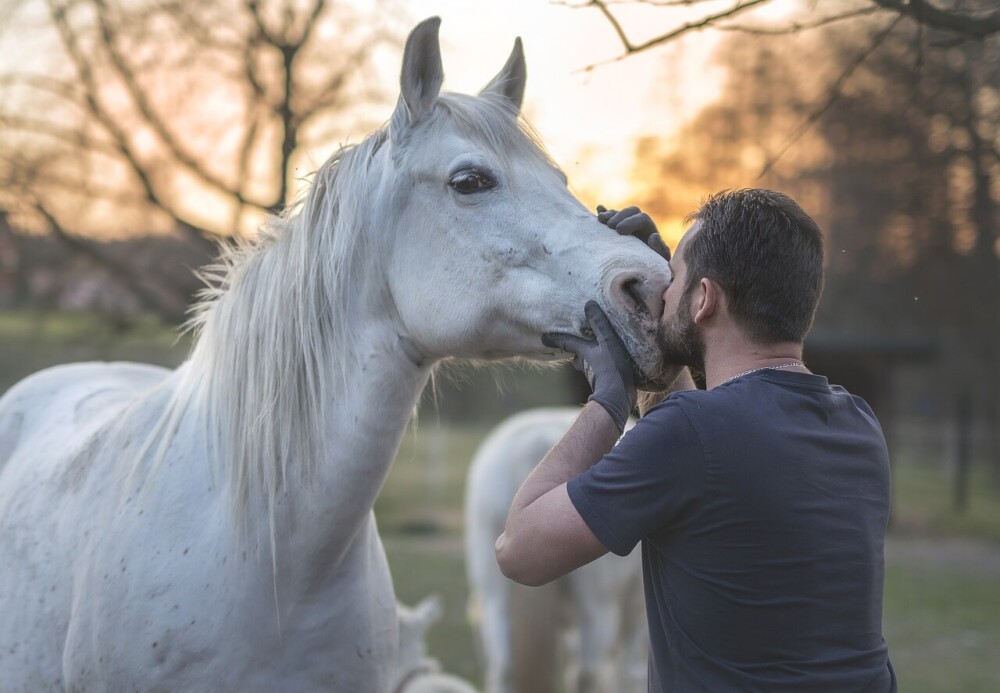 Horse fungus can occur at any time and almost anywhere on the horse’s body, legs, and hooves, causing issues that range in severity from relatively benign to life-threatening.

A couple of months ago, my 17-year-old Arab mare developed cracks and discoloration on one of her hind hooves. Horse fungus can be frightening when your horse catches it.

Let’s dive into understanding horse fungus and what you need to watch out for. 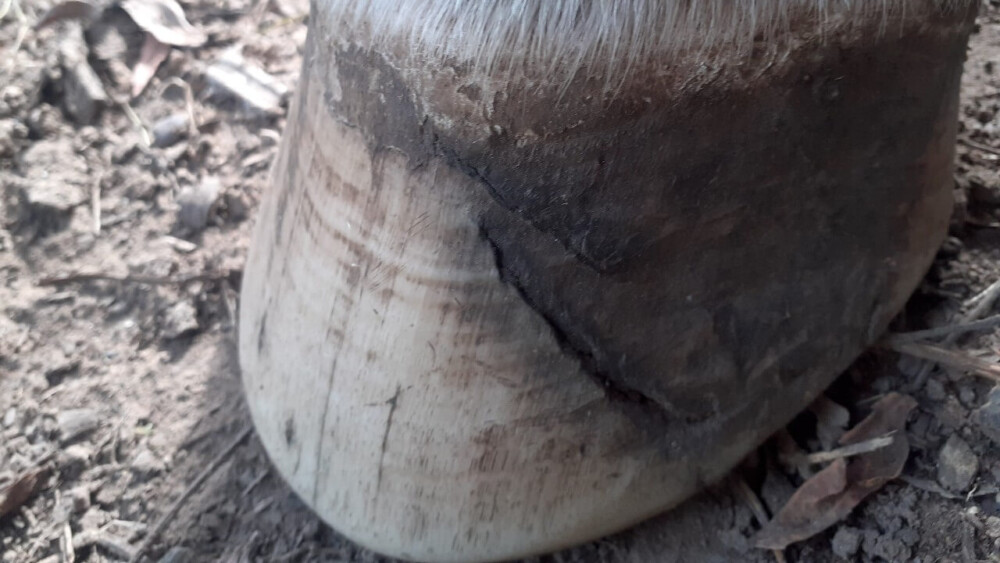 A closer inspection revealed some separation between the sole and the hoof wall and a retracted coronary band. My horse didn’t seem to be too concerned about the problem, showing no signs of discomfort or lameness, but I consulted my farrier and a few other experts anyway.

Initially, the consensus was that the cracking was due to a lack of biotin in my horse’s diet, but then my farrier came up with an alternative theory. According to him, the problem was a type of horse fungus that had flourished in the heavy dew and generally damp conditions of our South African summer.

This issue is just one of many types of horse fungus that can attack your horse’s skin, eyes, and hooves.

Most Common Types of Horse Fungus

There are four classes of horse fungus, each of which produces different symptoms. If your horse has trouble breathing, develops skin lesions and sores, loses patches of hair, or develops a cough, it may have a type of horse fungus.

Other symptoms include rashes, sores with pus, and unexplained colic. Have your horse diagnosed and checked for fungus. Fungus is a critical condition and should not be ignored.

This class of fungal infection is generally benign but often highly contagious. The most common type of superficial mycosis is dermatophytosis, also known as ringworm or girth itch. These are usually relatively easy to identify due to the characteristic lesions on the horse’s skin.

A horse with ringworm will develop scaly patches of skin with the hair missing or broken off. The patches will be circular and bald. Usually, flaky patches show up around the saddle area and girth.

Ringworm is relatively easy to treat. But, it’s is highly contagious. The fungus can survive for months in contaminated equipment and clothing.

Infections of this nature cause skin lesions to those seen with ringworm. Without early diagnosis and treatment, cutaneous fungal infections can lead to more critical problems, including lethargy, loss of appetite, and colic.

This class of fungus diseases infects the skin and the subcutaneous tissue. In severe cases, it may even move to the underlying tissues and organs. Early signs of a subcutaneous fungal infection include the appearance of nodular lesions at the contamination site.

Skin lesions may give off cream-colored pus that is blood-tinged. The pus usually doesn’t smell. Fortunately, most subcutaneous fungi are not contagious and respond well to treatment.

Deep Mycoses is by far the most dangerous fungus. It usually affects the upper and lower respiratory tract. You may notice a difference in the way your horse breathes.

After the lungs are infected, the fungus often moves around the body and can quickly affect vital organs and the lymph nodes.

Deep Mycoses can be fatal. You must recognize the warning signs and seek an early diagnosis. With early diagnosis, your horse has a good chance of recovery.

Deep Mycoses are more challenging to diagnose and require immediate veterinary intervention. To determine if your horse has a deep fungal infection, a vet would need to take x-rays and perform an endoscopy to examine the guttural pouch. While treatments are usually effective, if the fungus has caused nerve damage, the horse may not make a full recovery. It’s possible to treat most superficial horse fungi effectively with a topical, anti-fungal ointment or spray. You can even use an over-the-counter human treatment for an athlete’s foot.

First, treat superficial mycoses, clean the lesions and the areas around them thoroughly with antibacterial soap, then apply your chosen anti-fungal cream to the lesions. For the first seven days, this should be done daily, after which you can drop it down to a couple of times a week.

To prevent the horse fungus from spreading to other animals and humans, make sure you wash your hands thoroughly after treating the problem and wash all your grooming equipment, stable, head collars, and tack every day with antiseptic.

Fungus thrives in dark, damp conditions. So, an infected horse will benefit from exposure to air and sun. Where possible, avoid rugging and give your horse as much turnout time as possible.

Cutaneous and subcutaneous fungal infections also respond well to topical medications and benefit from exposure to air and sun. In some instances, you may need to use oral medication in conjunction with a topical treatment to kill the fungus and facilitate the healing process.

More severe cases of horse fungus may require a course of corticosteroids or even surgery to remove lesions and fungal granulomas. Fungus can hide in the nasal passages.

If, like me, you prefer a more natural approach, you can use apple cider vinegar instead of an anti-fungal ointment. Apple cider vinegar has strong anti-fungal properties and can help treat ringworm and other similar horse funguses if applied topically. I used it to treat my horse’s hoof fungus and got great results from applying it topically three times a day.

Other natural remedies include: 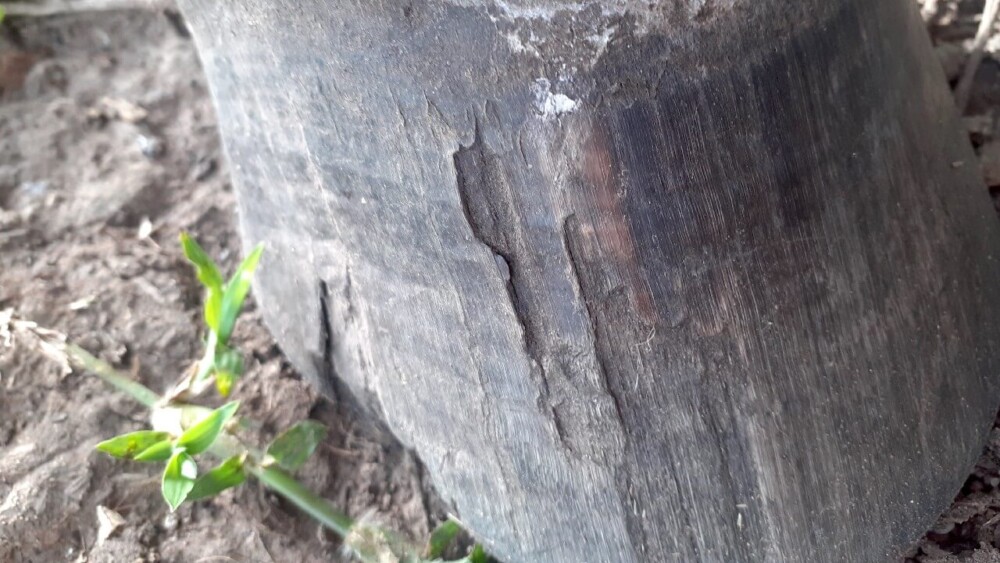 The Problems Of Self-Diagnosing Horse Fungus: A Case Study

Even equipped with the information above, self-diagnosing a horse fungus can endanger your horse’s life.

The horse showed no improvement and developed further complications, including loss of appetite, weight loss, and colic. Blood, hair, and skin samples taken by the consulting vet ruled out an allergic reaction and identified yeast-like structures indicative of a horse fungus known as Geotrichum candidum.

The horse was subsequently treated with both “an antifungal solution and antioxidants,” making a complete recovery. In a report on the case, however, the authors suggested that “the early corticosteroid treatment may have impaired the immune system of this horse, making the horse susceptible to contracting a fungal infection.”

The study team concluded that any owner suspecting horse fungus should call a vet and have samples collected and submitted for testing. “Late intervention, incorrect diagnosis, and inappropriate treatment regimens may lead to poor health and sufferance of patients, which should and can be avoided,” they added.

This case study highlights the importance of consulting a vet any time you suspect a fungal infection and underlines some of the complications that can occur from self-diagnosing horse fungus.

How Do Horses Get Horse Fungus?

Some of the most common fungi, like Ringworm, for example, are highly contagious and can be passed from one animal to another through direct contact, contaminated grooming equipment, and infested stables or trailers.

Environmental conditions can exacerbate both the severity and the spread of a horse’s fungus. Ringworm, for example, is more prevalent during moist, warm weather, while the potentially fatal pythiosis fungal infection is transmitted via contaminated water.

A horse that’s already compromised or suffering from a skin condition other than horse fungus is more susceptible to fungal infection. Similarly, horses on a poor diet or those kept in poorly managed yards or stables are more prone to ringworm than those with a healthy diet and plenty of turn-out time.

Ill-fitting tack can cause friction rubs that can quickly become infected with a horse fungus. Rugs and blankets can retain moisture and hold onto fungus spores for long periods.

Your horse can also acquire some types of horse fungus through ingestion or inhalation. Aspergillosis or Guttural Pouch Mycosis, for instance, is frequently caused by airborne fungal spores. However, if present in your horse’s feed or pasture, the aspergillus fungus can produce mycotoxins associated with Aflatoxin poisoning and equine leukoencephalomalacia.

Different types of horse fungus thrive in various conditions. But, sound habits can help prevent your horse from contracting horse fungus. Keep their stable and pen consistently clean and dry. Change out bedding often, especially during humid months. Wash off sweat after exercise. Give your horse as much time outside in the sun as possible to boost its immune system.

Checking your horse daily for scratches, insect bites, and other skin irritation can also reduce the risk of fungal infection, as can picking out his feet regularly and washing him thoroughly after exercise.

If you notice any lesions or nodules on your horse, contact a vet immediately. This will allow you to get a diagnosis and begin antifungal treatment promptly. The faster it’s treated, the less the fungus will impact your horse’s immune system.

In addition to these precautions, you can limit the possibility of your horse contracting a hoof fungus by soaking his feet in a mild solution of 50% apple cider vinegar and 50% water once a week.

Fortunately, my horse’s hoof fungus shows signs of improvement and appears to be responding well to treatment. However, this isn’t the case with all horse fungus, which is why getting a professional opinion is so vital.

A small lesion on the skin may look harmless enough but could be the start of a potentially life-threatening fungal infection. Even ringworm, which is relatively easy to identify, can only be accurately diagnosed by testing the fungal culture present in a skin biopsy or hair sample.

Not only can early diagnosis and treatment reduce the spread of horse fungus, but it also gives your horse the best chance of making a full and speedy recovery. Despite that, a severe fungal infection could take weeks, if not months, to heal, which is why prevention is a more practical approach.