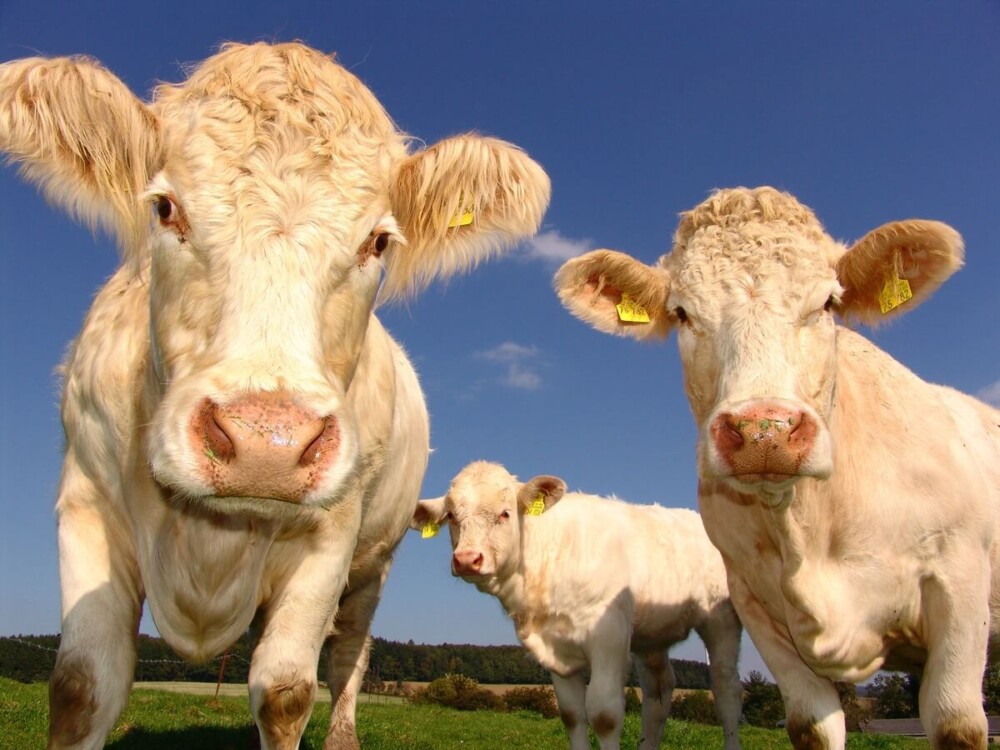 The average cow naturally lives for between 15-20 years, although they can live for longer! However, a cow’s actual lifespan will depend on its purpose. Beef cows and dairy cows, for example, have very different life lengths.

How long do domesticated cows live? In the wild, cows generally live until 26 years, on average, and assuming no predators get them. Domesticated cows live between 18-22 years, but few cows die of old age. Beef cattle either live until 1-2 years, when many beef cattle are butchered for the market, or between 5-6 years, when cows and breeding bulls are culled. Most dairy cows live for around six. Cattle are generally culled or butchered when their productivity declines to maintain the profitability of the farm. Miniature cows are generally raised as both pets and for production and have an average lifespan of about 18 years.

It may sound simple, but within each industry, gender, and purpose, the time that cattle are kept depends on various factors. Let’s dive into those.

Meat or beef cows typically live for 1.5-2 years in the United States. Beef cattle are weaned from their mother’s milk at 4-6 months of age. Male calves that will be raised for meat and not breeding will be castrated at 3-4 weeks old. Female calves, or heifers, will be bred at around 15 months old to produce the next generation of meat cows.

After weaning, beef cattle will be either grass or grain-fed until they weigh 1000-1200 pounds. When they reach their target weight at 18-24 months of age, the cows are considered “finished” and sent to the slaughterhouse. There all animals should be killed humanely under the Humane Methods of Slaughter Act. Whilst the majority of their bodies are used for meat. Other parts are used for the production of leather as well.

Dairy cows have an average lifespan of six years. Dairy cattle are weaned off their mother’s milk at 4-8 weeks of age. Then they are fed starter grain up until 6 months old. At that point, they are moved on to an adult diet of protein-rich feeds. Dairy farmers aim to have their cows gaining over one pound of weight per day. At this point, and they should have their first calf between 1 and 2 years of age. Like humans, female cows are pregnant for around nine months.

When mothers have their first calf, they will start producing milk. Mothers produce milk for 10 months after giving birth. In peak production they can produce 6 – 10 gallons of milk per day.  From then on, they should be having one calf per year.

Female calves born on dairy farms will be the next generation of dairy cows. Some male calves will be sold into beef farms.

Female cows are generally fertile until 8-10 years of age. However, their milk production generally slows down after their third calf. Because of this, dairy cows are typically sold to families or sent to the slaughterhouse at around 6 years old. A “lower production” cow may give 3.5 gallons of milk a day, instead of 4, and can make a perfect dairy cow for a family.

Diseases that affect a cow’s ability to reproduce and/or produce good quality milk, such as the bovine viral diarrhea virus, can also cause dairy farmers to retire a cow early.

Studs or bulls used for breeding typically remain in the herd for 5 years. They are usually the calves of beef cows and are used for breeding more cows for beef and dairy production. Bulls become fertile at 12 months old and can remain in action until they are 10-12 years old.

In beef farming, over 90% of studs mate and impregnate females naturally.

On average, stud cows are retired aged 5. They are usually sent to the slaughterhouse for beef production. The general advice from farmers is to keep a stud active as long as they are fit to breed or until the herd is full of his daughters! Farmers should keep their studs in good conditions to prevent health and temperament problems.

Miniature cows are about half the size of regular cows and have a similar natural lifespan of around 17-18 years. Unlike regular-sized cows, most mini cows tend to fulfill their natural lifespan. That’s because 80% of these cuties are kept as pets, and those that aren’t are farmed on a much smaller scale.

Miniature cows are found in various parts of the world and have a sweeter temperament than regular-sized cows. The smallest and original breed is the Australian Lowline, which stands between 100 – 110 cm tall and weighs between 323 – 400 kilograms, depending on the gender of the cow.

There are currently nine recognized active breeds of miniature cow, although American breeder Richard Gradwohl claims to have developed eighteen more. Some are traditional breeds, while others have been selectively bred more recently.

Miniature cows were originally the unexpected result of a scientific experiment. However, because of their size, they are a popular choice for small-scale farms. They are less expensive to keep as they require less feed and space to live.

All that said, they still produce a lot of goods! Mini cows used for dairy can produce 1-2 gallons of milk per day, depending on the breed. They also make good quality meat and are easier to handle and breed due to their temperament. They produce less methane gas, too, which is a plus for environmentally-minded farmers.

Miniature cows tend to have longer lives than regular-sized cows, and not just because most of them are kept as pets. Miniature meat and dairy cows are farmed on a much smaller scale, with less demand, and the commercial approach is not always necessary. Whilst they don’t live to their full life expectancy, they tend to get a lot closer to it than regular-sized farm cows.

To minimize the chances of illness, all of the cows kept on a farm should be vaccinated against common diseases and kept clean. Cows that die naturally or have to be euthanized due to disease should not be used for beef production, as their meat could be contaminated and unsafe for human consumption.

Do miniature cows have any health problems?

Miniature cows are generally very healthy and don’t face many issues that miniatures of other breeds face.

The one condition they are more likely to inherit is Chondrodysplasia, commonly referred to as the bulldog gene or dwarfism, which manifests as a physical malformation. It is typically passed on genetically but can be a result of environmental factors.

The recessive gene causes the nose to appear pushed inwards, much like a bulldog, increasing the likelihood of respiratory issues. It can also cause abortion and stillbirth in females.

The Dexter breed is the most common breed known to carry the condition. Both parents must carry the gene to produce a calf with the condition. However, there is still only a 25% chance of passing it on, and it is a relatively rare condition.

How are farm cows killed?

The most common way slaughterhouses kill cows is by throat-cutting. Under the Humane Slaughter Act of 1958, amended in 2002, all livestock animals sent to the slaughterhouse must be completely sedated and unable to feel pain before being killed. This is to minimize the suffering and pain felt by the animals. Electronarcosis or stunning is the most common method of sedation for cows.

What happens if a cow dies naturally?

If a livestock cow dies from natural causes such as disease, old age, or injury, farmers should report it to the United States Department of Agriculture (USDA). To dispose of the body, you can contact a local rendering service, a list of which can be found on the USDA’s website. Alternatively, yo