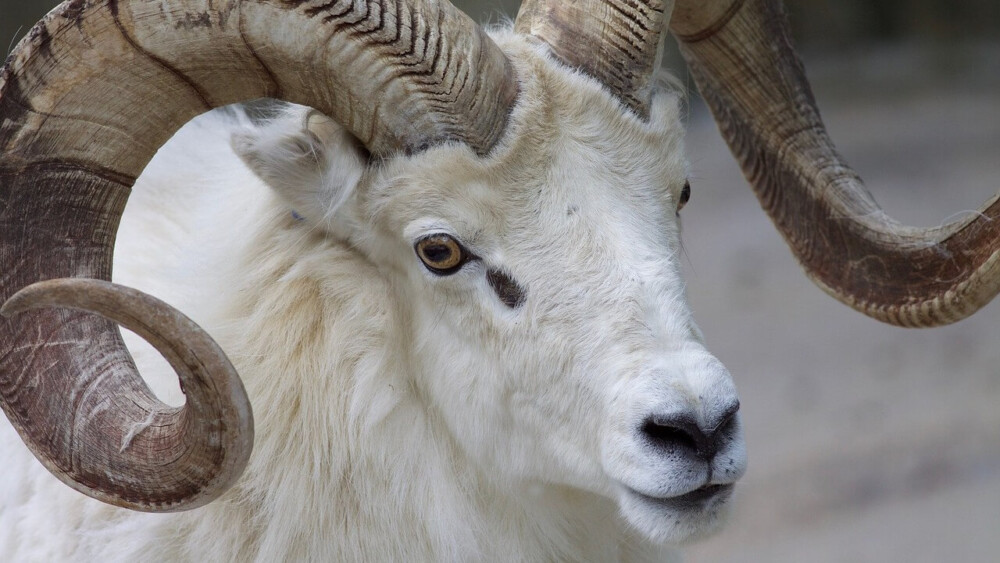 Sheep are known for being generally calm and docile, but what should you do when your sheep become aggressive? Adult sheep weigh hundreds of pounds, with some breeds averaging 300 lbs. And, sheep are the strongest livestock per pound of weight. That can make them dangerous if they become aggressive.

Rams become aggressive during the breeding season. This can happen to even the calmest and friendliest ram. One day, he’s happy and docile. The next day it will be as if you flipped a switch, and he’s possessive and moody.

That’s because rams can smell the hormones of the ewes when they go into heat. The breeding season brings about all of nature’s instincts. Rams become aggressive to prove their power, health, and endurance.

If rams are together with ewes, they will fight for dominance. The fighting will become non-stop if the rams are equally matched because there isn’t an obvious winner. That’s why many breeders separate rams with the specific ewes they want to breed with those rams. It maintains the integrity of the genetics and keeps rams from fighting each other for the ladies.

Keeping rams with ewes would make it impossible to know which rams breed with specific ewes. Even if you use markers, it’s unreliable as multiple rams can breed the same ewe.

Rams possess an instinct to volley for the top of the herd. That means that they want to displace you as the head of the herd. When rams are treated as pets, they lose their natural fear, or reticence, toward people. They become more aggressive and will challenge their human caretakers more frequently and more violently.

Never treat a ram as a pet. That’s especially difficult when they are little and can’t do any harm. The rams are usually friendlier. In fact, wethers, castrated males often make some of the best pets for the same reasons. Except wethers don’t get the hormones that make them challenge people.

While it’s ok to be friendlier to a wether, staying distant from a ram is important. The more comfortable the ram is with you, the more he will challenge you. Rams don’t love and respect people. They see them as competition. You are not an exception.

Keep your contact with your rams to a minimum—feed rams from outside the fence. 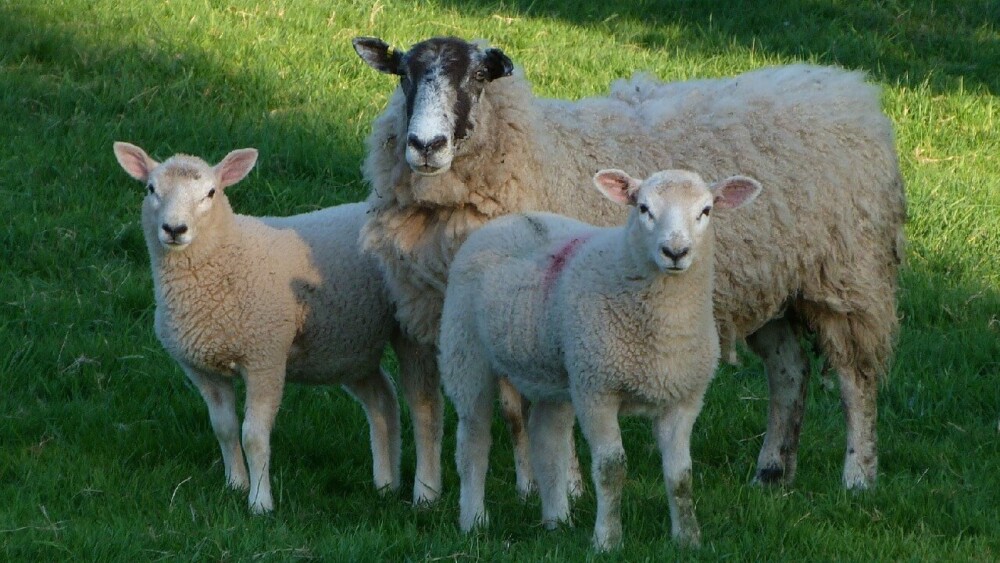 Sheep are hardwired to headbutt as part of their communication. They headbutt each other to establish the herd hierarchy. They headbutt in play and mating. Never pat your lamb’s heads. Don’t scratch their ears or around their horns. Don’t pet their heads.

Rubbing their heads is not an act of love to the sheep. They are not dogs. It promotes headbutting and will be seen as an act of aggression to the sheep.

Similarly, do not hit rams on the head. Your rams will answer you with headbutting then or later, when you may not be expecting it. And a 300 lb ram can be very dangerous and cause a lot of injuries.

4. Protective Mammas Can Be Aggressive

Some ewes can become aggressive and protective of their young. This instinct developed and was useful in the wild. Lambs are prey animals and in danger from many predators. Shepherds should manage this behavior by locking the mamma up if the lamb needs specific care. Otherwise, contact with the lambs, particularly the rams, should be minimized. Ewes can also be dangerous in their flight instinct.

When sheep are together, they often stampede out of fear. It only takes one sheep running away to get the entire herd stampeding away. Many a sheep owner has been injured in this way. One of my good friends had her ankle injured when a ewe ran into her during a stampede. And, that was in a small area so that the herd couldn’t get very much speed.

Give ewes and their babies a smaller area to stay in for the first couple of weeks. This reduces the risk of injury to the caretaker and the baby from the mamma getting excited. Sometimes new mamma ewes can become aggressive toward their own lambs. Observe ewes and lambs for a few hours after birth to ensure the ewe doesn’t reject the lamb. If that happens, the lamb may need to be separated from the ewe. In case of separation, it’s best to give the lamb to another ewe. Only bottle feed the lamb as a last resort unless it’s an ewe or will be a wether.

All rams are potentially aggressive. If they aren’t already aggressive, they have a powerful potential to become aggressive. There is no exception. Never trust a ram.

Even if your ram has never shown any signs of aggressiveness toward you, always be fully alert when you are around him. That can change in an instant. Never turn your back on a ram. Always have an easy escape if he starts to charge you. And, be ready to make him uncomfortable if he does show aggression to you.

You can do this by waving your arms, yelling, and running after him. Do this when he starts to show any aggression at all. The point is to embarrass him. You want him to be uncomfortable.

Get in and out of his pen as quickly as possible. Keep your distance. The longer you stay away, the less familiar he will feel with you, and the more likely he will have a degree of fear of humans.

Aggressive rams are those who have attacked a person before. Unfortunately, an aggressive ram is likely to stay aggressive. It’s pretty much impossible to retrain him. He’s already lost his fear of people.

You can keep him isolated from people as much as possible. Provide him with a sheep companion, so he stays socially in-tune. And, you will have to stay aware.

Unfortunately, some rams will be more aggressive. They will probably start showing their higher aggression as lambs. And, many breeders agree that aggressive traits are usually hereditary.

If you have an aggressive ram, consider how valuable he is as a breeder. He poses a high degree of risk. Human health, safety, and sometimes life hangs in the balance. And that can leave you legally and financially responsible for the damage a ram does.

You may need to cull an aggressive ram. That is often the only recourse left to the sheep raiser. That’s possible one of the biggest reasons it’s important to treat ram lamb as a pet!

Sheep usually have a comfort zone, called a flight zone. If you invade their flight zone, they will run away. But, if a sheep is unable to run, it may become aggressive. Give your sheep space so that they don’t feel the need to defend themselves.

If you must catch one, move it into a smaller pen so that it’s easier to catch. Chasing a sheep around can bring aggression and cause injury to the sheep or you.

Sheep can also become nervous when they are separated from the flock. They can get stressed out with loud sounds. Dogs barking, children squealing, or the banding of a door can startle sheep. When dealing with an issue with your flock, try to reduce loud noises to keep their stress down. Stressed sheep are more aggressive.

Sheep have horrible depth perception. That can make them more stressed and aggressive if they go to a new place they aren’t familiar with. Plan for extra time and to move slower in new environments.

Signs of Aggression In Sheep

Sheep show many forms of aggression. Many of these microaggressions are not recognized by people until the painful headbutting. But, the injury has already occurred.

There are many forms of aggression. Understanding these signs can help you be aware when your rams, and occasionally ewes, are becoming more aggressive. But, it’s also critical to know that rams may jump right to headbutting to challenge you.

Anytime you see these signs of aggression, back away from the sheep. Do not turn your back.

How to Handle Aggressive Rams

Keep rams and ewes separate unless it’s breeding season. Ewes can have an off-cycle, which can result in an unexpected pregnancy. Plus, rams will often do better when separated from the ewes because they bring about their protective instincts: aggression.

It’s important that your rams always have another sheep as a companion. That can be another breeding ram, or it can be a wether. Wethers work well because they won’t get as aggressive but provide great companionship.

When rams are reintroduced to each other, do your best to minimize the aggression they will naturally have toward each other.

Sheep are fun and smart animals to raise. And, even though they are usually docile and more afraid of people than aggressive, they can be dangerous. It’s important to understand how a sheep thinks and to raise it appropriately. Never mistake a lamb for another type of pet or treat it like a puppy by petting its head. It may mean the early culling of a newly aggressive sheep. And it’s always emotionally hard to part with a pet lamb that has turned into an aggressive sheep.

Until recently, I had only been a horse and hound kind of person. But one night, a goat won my heart. I was doing night duty at the yard, and the vet came out. It was late, and the vet had picked up...

Continue Reading
link to Help! My Goat looks Skinny, but I'm Feeding it.

Raising goats for either meat or milk can be a rewarding experience, but it’s not without its challenges. Although goats have a reputation for eating anything and everything, they’re also very...