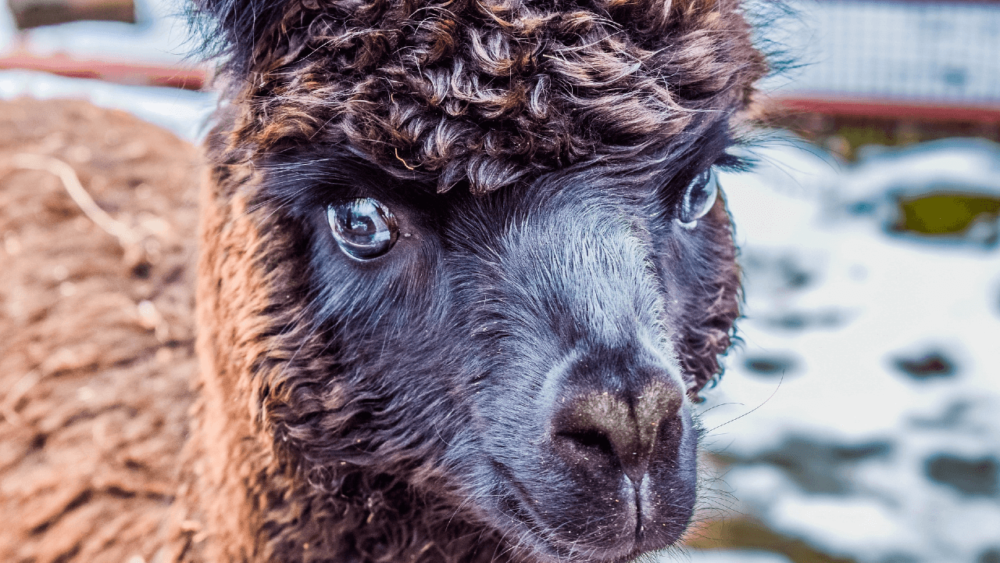 Alpacas are popular in the United States because they make great pets. Friendly and curious, alpacas easy to get along with and fun to be around. Even though alpacas are easy-going and affectionate, not all of them enjoy you petting them. Like most herd animals, they can also be skittish.

Do alpacas like to be petted? Most alpacas will avoid being touched by humans, especially strangers. Although they don’t particularly like people stroking them, socialized alpacas will tolerate strokes and scratches from people it knows or likes. Despite their cuddly appearance, alpacas don’t want you hugging either.

You will only be able to bond with an alpaca that trusts you and feels safe in your company. Understanding the alpaca’s body language can help you establish that trust and avoid situations that could undermine it. Building a trusting relationship will also enable you to pet your alpaca and even get a cuddle from time to time.

How to Interpret an Alpaca’s Body Language

Alpacas are flight animals and, as such, will move away from a potential threat rather than face it. With an unsocialized animal or one that hasn’t been handled before, this makes petting impossible.

But, alpacas aren’t aggressive animals. Unlike a donkey, if an alpaca puts its ears back at you, it’s probably listening out for potential threats rather than behaving aggressively.

The alpaca is well-known for its ability to spit, and it uses this to warn potential aggressors. Before it launches its spit, the alpaca will first raise its head and make a gurgling noise as it prepares its ammunition. If an alpaca does this to you, it’s asking you to move away. If you don’t, the spit will fly.

Young alpacas, known as cría, often approach a person with their heads lowered, and their tails curled up over their backs. This posture is a sign of submission. However, if a cría comes running towards you with its head lowered and weaving from side to side, it’s a sign of aggression.

Alpacas use assertive defensiveness to keep potential predators and aggressors at a safe distance. An alpaca that raises its head and sweeps its ears back warns you to keep your distance.

Although this type of body language is relatively easy to understand, studies show that people struggle to interpret alpaca behavior correctly. A better understanding of their body language could, researchers believe, make it easier for humans to establish a positive relationship with their alpacas.

Understanding the alpaca’s flight zone will also help you approach and interact with it positively and constructively.

Alpacas don’t like sudden movements or loud noises. If you burst into their personal space, they’re almost guaranteed to run away unless they suffer from Berserk Male Syndrome or BMS.

BMS, also known as Aberrant Behavior Syndrome (ABS), describes an alpaca (or llama) that exhibits extremely aggressive behaviors towards others. Alpacas suffering from ABS cause chaos within the herd and even attack people.

In 2018, an alpaca smashed a 78-year-old Australian woman to the ground. Rearing up, he pushed her down and then proceeded to bite her on the arms and back of the neck. The alpaca, called Harry, was later euthanized.

ABS appears to affect young male alpacas that have been handled regularly by humans since birth. The signs of aggression typically start when they reach one to three years of age.

ABS is a psychological condition that affects human-raised alpacas and other camelids. It’s believed to be the result of the animal imprinting on the human to such an extent that it thinks the person is another alpaca. This causes it to lose it’s fear or reticence toward humans.

Castrating alpacas before puberty can help prevent the condition, as can correct handling during the cría’s early years.

Alpacas are amiable and inquisitive creatures. They will engage with humans from a young age and show particular gentleness towards children. Alpacas are among the most kid-friendly farm animals and make the best pets if handled correctly.

You know an alpaca likes you when he:

Some alpacas are naturally out-going, while others may be less tolerant of having humans in their personal space. The occasional individual may even become too friendly.

According to alpaca breeder Elizabeth Paul, some crías are too keen to bond with their humans. Wanting more than a stroke, they pull at shoelaces, rub against them, and even roll over their feet like a dog.

It would be best to discourage these intrusive behaviors. If you allow an alpaca to continue, his identity crisis will only worsen, and he’ll imprint on you even more.

As this could cause ABS, you must respond to such advances firmly but calmly. An aggressive response could escalate the issue, but gently pushing the alpaca away can be effective.

For the most part, alpacas are intelligent, friendly, and curious. Once you bond with them, you can go for walks together or even play ball. As your trust and friendship deepen, your alpaca might even allow you to hug him and stroke his neck. 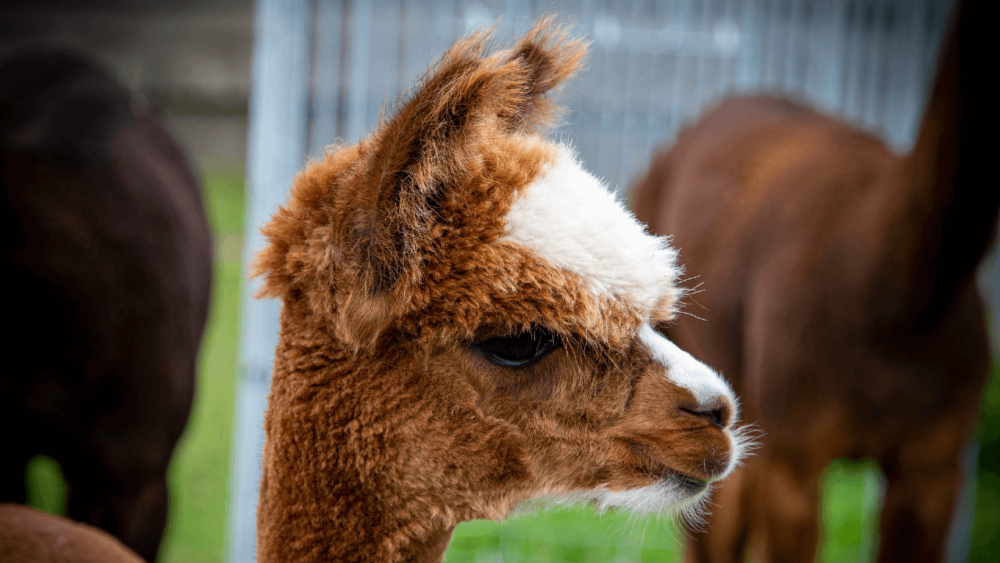 How To Handle your Alpaca and Build a Bond

Simply being present with your alpacas is the best place to start. Alpacas are herd animals and feel safe in numbers.

Interact with your herd gently and take your time. You might want to consider taking their favorite alpaca treats along to encourage specific individuals to approach you. Be careful if you do enter an alpaca enclosure with food, however. Once they associate you with food, they’ll mob you as soon as they look at you!

Your first interaction with your alpaca is critical and requires care and patience. Here are some tips to help you:

If your alpaca turns to face you with its head raised, his body language is saying: “I’m nervous. Please don’t come any closer.”

If that happens, stand still and breathe slowly and deeply. Your alpaca should then drop his head and start to relax. Once he does, hold your hand out towards him, with the palm facing down. If he now allows you to touch him or reaches his nose out towards you, reward him with a treat.

It Takes Time to Discover your Alpaca’s Personality

You can only bond with an alpaca if you spend time with him regularly. A 10-minute bonding session once or twice a day is key to your success. The more you interact, the more you’ll understand your alpaca and his unique personality.

That comprehension will enable you to interact with him more positively and keep him in the best possible condition.

Alpacas have long memories so, if you lose your temper with them or have a negative interaction, they won’t easily forget about it as a dog might.

A bad experience with another person will reflect poorly on all humans, as far as the alpaca’s concerned. If you’re new to alpacas, you might want to limit the number of unsupervised interactions your alpaca has with other people until you’ve established a better bond.

Every time you interact with your alpaca, you have the opportunity to either build trust or destroy it. It’s therefore crucial that you’re in the right frame of mind, especially at the beginning.

7 Tips for Building a Relationship with your Alpaca

An alpaca is more likely to trust you and allow you to stroke and pet him if you:

Once an alpaca is socialized correctly, he’ll start to appreciate a bit of fuss and may even come for a cuddle of his own accord. 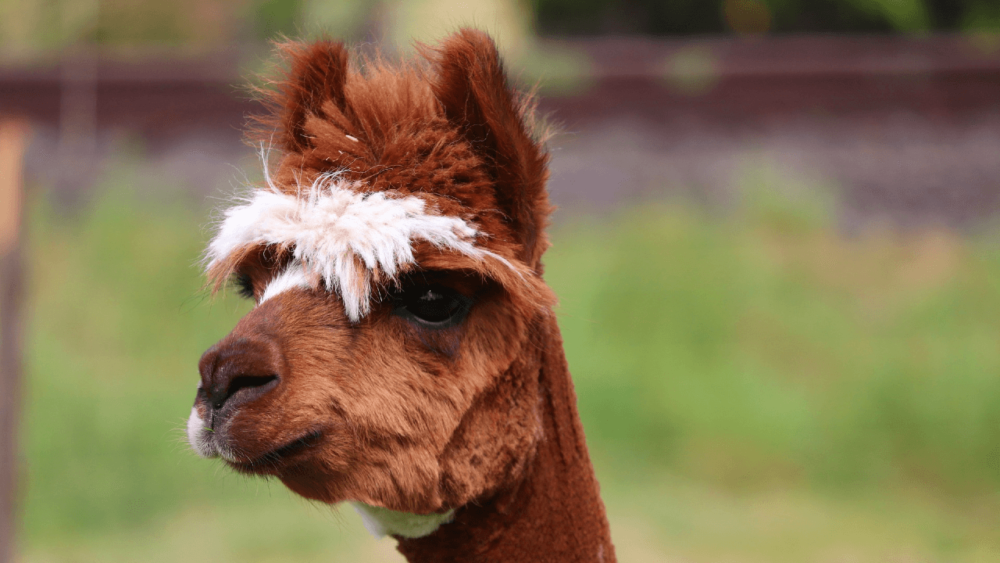 Although alpacas don’t naturally invite strokes and scratches, studies suggest that they may come to appreciate them in time.

When researchers at the University of Veterinary Medicine in Vienna decided to find out how well alpacas and llamas respond to humans’ handling, their findings were intriguing.

They found that Alpacas behave better for caretakers and owners that talk to them and stroke them than those that are rarely touched at all. Alpacas that are never petted or spoken to exhibit more stress-related behavior, such as freezing, than those that receive regular gentle contact.

It might take some time for your alpaca to trust you, but the more you interact with him, the quicker it will be.

Spend some time hanging out with your alpacas, and you’ll both start to feel more relaxed around one another. As the bond develops, your alpacas will become more tolerant of being petted. In time, you could be sharing cuddles or rubbing your face into that soft alpaca coat.

An alpaca that likes to be touched will also be easier to keep healthy.

How to Establish Trust and Keep your Alpaca Healthy

Visting your alpaca every day and performing a quick physical examination are excellent ways to bond. It also gives you a good idea of what your alpaca looks and feels like. You will then find it easier to spot any signs of illness or discomfort.

An alpaca that’s used to being handled will also be much easier to treat if it injures itself or develops a health condition. You’ll also benefit from having an animal that stays calm in what could be a stressful situation, such as being examined by a veterinarian.

If any of your alpacas come from challenging backgrounds, it may not be possible to physically check them for health issues. Alpacas that haven’t been socialized, or were previously abused, will be more challenging to bond with than those that have been handled correctly since birth.

If you have a skittish alpaca, start by examining him once a month. Then, increase the frequency once he’s more accustomed to being handled.  Be cautious when touching an alpaca’s sensitive areas, including his underbelly and hind legs. Alpacas will instinctively kick out if they perceive a potential threat behind them.

Overall, alpacas are friendly animals that won’t try to hurt a human or react aggressively towards them, but they will defend themselves if they feel threatened.

Regular physical examinations will also help when you need to vaccinate or shear your alpaca. You can find out more about the needs of these friendly animals in our Beginner’s Guide to Owning & Farming alpacas.

Alpacas aren’t particularly keen on you petting them but can learn to love it. It’s not easy to get an alpaca to trust you, and there are no shortcuts.

Socializing an alpaca takes time and patience, especially if you want to get to the point where he’ll tolerate a scratch behind the ears.

Once you’ve established that bond, however, you’ll have a cuddly friend who’ll happily follow you around and shower you with kisses.